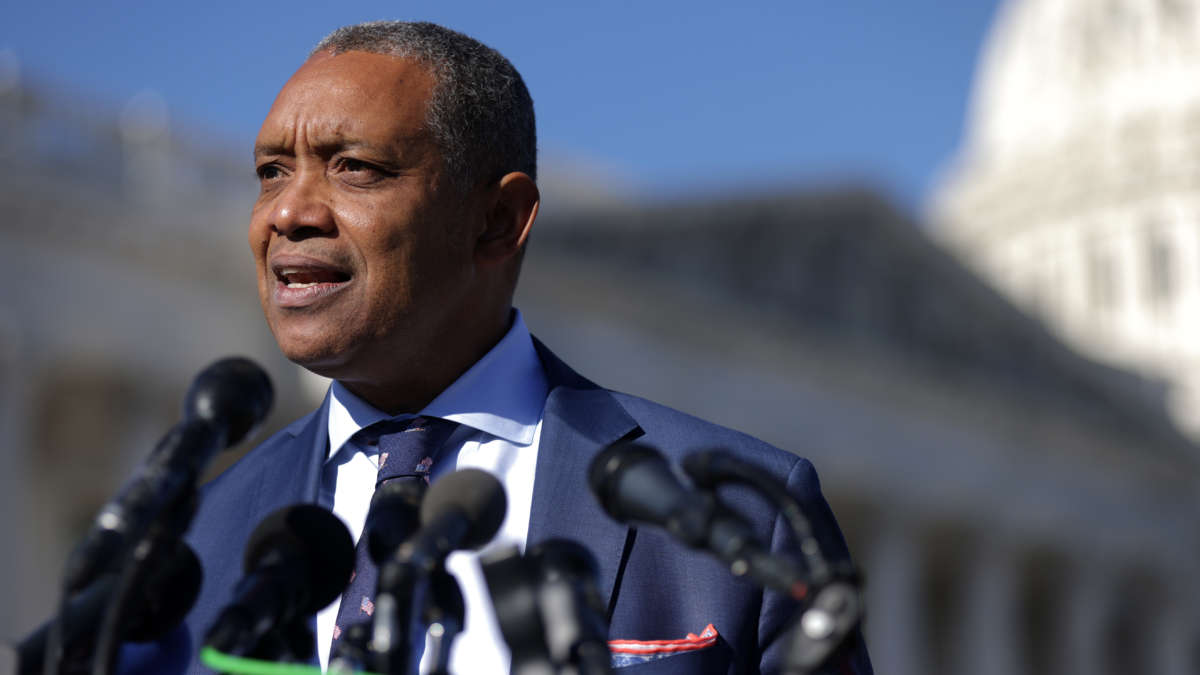 The District of Columbia is suing two far-right groups, the Proud Boys and the Oath Keepers, for allegedly conspiring to terrorize the city with the violent attack on the U.S. Capitol on Jan. 6.

The civil lawsuit was filed by the district’s attorney general, Karl Racine, in federal court in Washington, D.C. It accuses the two groups, their leaders and more than two dozen suspected members of coordinating and plotting violence on Jan. 6 to disrupt the peaceful transfer of power.

“In the complaint, we specifically allege that these vigilantes, insurrectionists and masters of a lawless mob conspired against the District of Columbia, its law enforcement officers and residents by planning, promoting and participating in the violent attack on the United States Capitol,” Racine told reporters on Tuesday.

“Our own citizens were hellbent on destroying the freedoms and ideals on which our country was founded and continues to aspire to achieve,” he added.

Racine called Jan. 6 a “brazen, violent and deadly attack that traumatized this city, this community, and our country.”

The Proud Boys and the Oath Keepers already are facing civil lawsuits stemming from the events of Jan. 6 — one filed by members of Congress, another by police officers. Like in those cases, the groups are accused in the district’s civil suit of violating the 1871 Ku Klux Klan Act, a law that was passed after the Civil War to try to protect Black citizens from violence and intimidation.

In addition to the Proud Boys and Oath Keepers, the latest lawsuit names the group’s leaders — Henry “Enrique” Tarrio and Stewart Rhodes, respectively — as defendants, as well as several suspected members of the two organizations who are facing criminal charges in connection with Jan. 6.

The complaint says that after former President Donald Trump’s election loss, the Proud Boys and the Oath Keepers began working together “to plot, publicize, recruit for, and finance their planned attack.”

That planning and coordination came together, the complaint says, on Jan. 6 when the defendants and other rioters bashed their way through police lines and forced their way into the Capitol.

In doing so, the lawsuit says, the rioters threatened and assaulted D.C. police officers and those inside the Capitol.

“In the wake of this assault, the Capitol was left in shambles, with the District left to deal with the aftermath of the violent disruption to what should have been the peaceful transition of presidential power,” the suit says.

The district is seeking punitive and compensatory damages to be determined at trial.