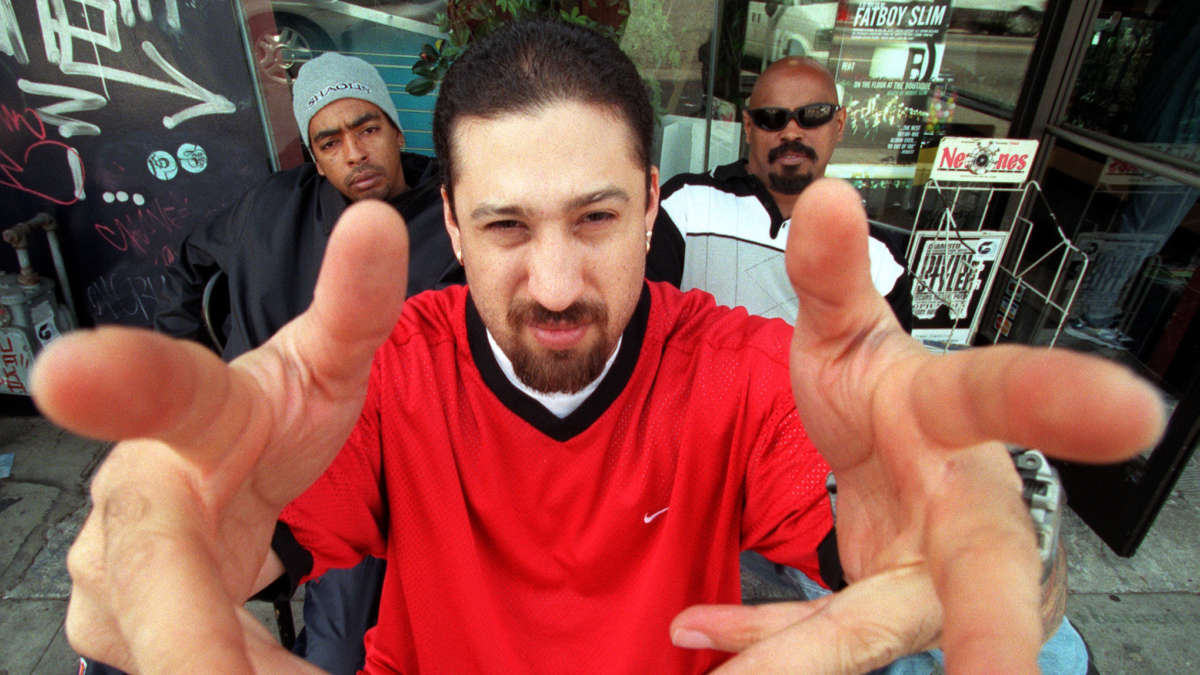 From left: Bobo, B Real and Sen Dog of Cypress Hill, photographed outside the Galaxy Gallery on Melrose in LA in 1990.
Image credit: Bob Carey

When Cypress Hill released its debut album in 1991, the group’s staccato lyrics were, for most outside of their LA hometown, a first introduction to Spanglish slang. “We didn’t really have much representation in that time,” rapper B Real tells Morning Edition‘s A Martínez. “You either saw one side of the spectrum or the other, but not anything in the middle. And I think we represented that.” The group – B-Real and fellow rappers Sen Dog and Eric Bobo, along with producer DJ Muggs – would end up one of the most successful in hip-hop history.

Speaking to A Martinez on the release of a new documentary, Cypress Hill: Insane in the Brain, on Showtime, rapper B Real retraces the roots of his distinctively adenoidal rapping voice, which began in emulation of the early rapper and artist Rammellzee; the influence of early, darker rock and roll, like Black Sabbath, on Cypress Hill’s sound and the particular timing of their emergence in the early ’90s, alongside artists like Nirvana.

Listen to this interview using the audio player at the top of the page.