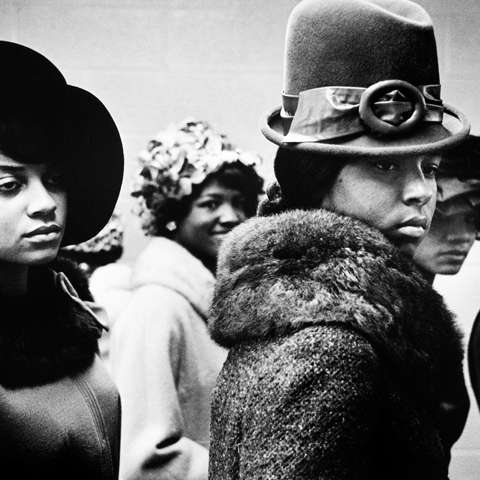 How does one define black art? Is it art that portrays black people, or art made by black people to manifest their experience? Scrutiny, or self-expression? A handful of current art shows take varying approaches to the question.

At the Cornell Fine Arts Museum, three shows tackle the aesthetics of blackness in wildly different ways. The Black Figure in the European Imaginary collects 19th-century European depictions of African men and women. It’s a room full of objectively beautiful work that is, nevertheless, squeam-inducing in its fetishization of the “exotic other.” AfroFantastic, on the other hand, condenses modern African-American narratives into a protected utopia in which imagination can sweep away all limits. And Reframing the Picture, Reclaiming the Past bridges the two, a tart contemporary retort to Black Figure’s racial objectification.

A third way, neither observation nor overt display, can be seen in Posing Beauty, hanging through this Sunday at Snap Orlando. These portraits are supremely glamorous, and supremely indifferent to spectators, with a sort of for-us-by-us cool, from a 1963 Harlem fashion show to a 2014 self-portrait as Frederick Douglass.

All four shows ask questions about African-Americans’ agency in their own representation, and if they don’t come to a precise resolution, at least they weave a harmony of replies.