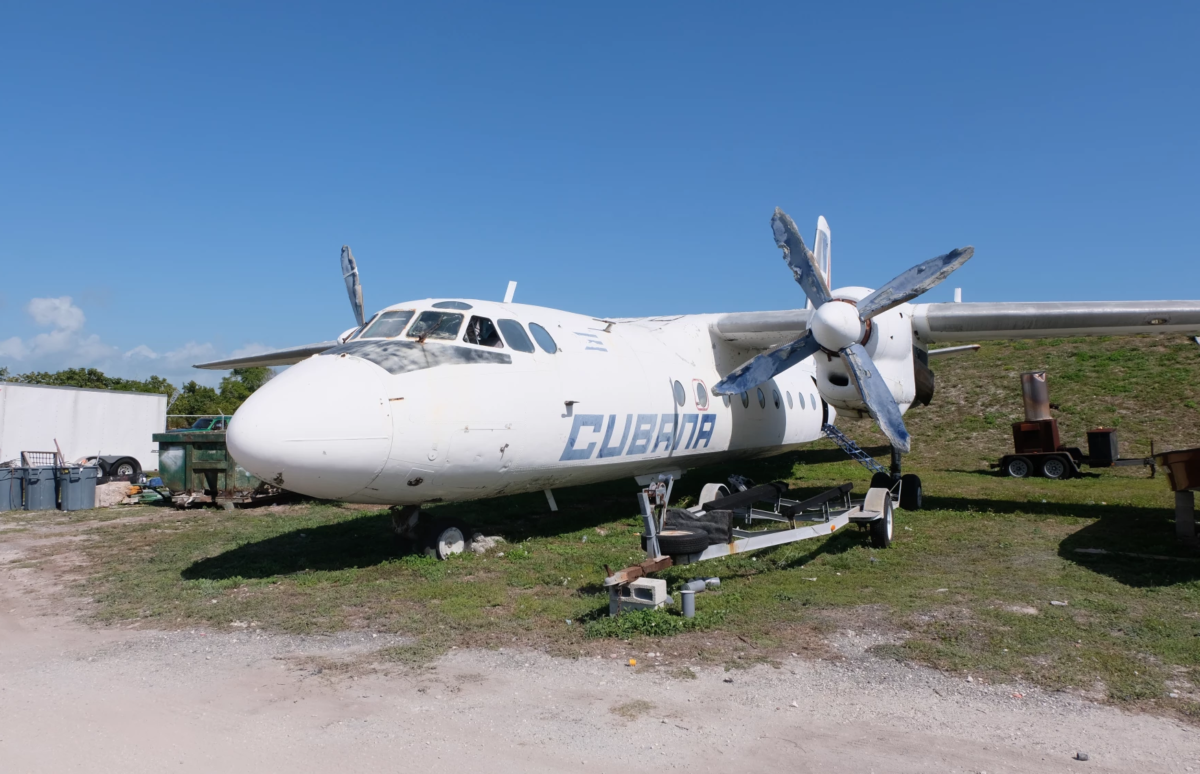 The Cubana de Avación plane was hijacked from Cuba in 2003 — and has been at the Key West Airport ever since. Photo: Nancy Klingener, WLRN

A plane that’s been parked at the Key West Airport for almost two decades could have a new life ahead of it. It won’t be in the air — it will be under water.

In April 2003, a Cuban passenger plane bound from the Isle of Youth to Havana was hijacked and landed in Key West.

There were 25 passengers and six crew members on board.

The plane never left. It’s been sitting at the Key West airport, sometimes used for police and firefighter training.

Now it could have a new destiny as an artificial reef — and it won’t be in the ocean off Key West.

“The salt water attacks aluminum pretty aggressively. Aluminum corrodes — let’s say it dissolves even, almost, in salt water. Whereas in freshwater, you know, it lasts much much longer,” said Joe Weatherby, owner of Artificial Reefs International.

Artificial Reefs intentionally sank the Vandenberg wreck off Key West, among others.

The plane is a 50-passenger Antonov-24 and Weatherby said he doesn’t know how old it is. That type of plane has been used all over the world for cargo and passengers, he said.

“It’s not a fancy plane or a military plane,” he said. “It’s a workhorse.”

Sinking a plane isn’t that different from sinking a ship, says Weatherby. He’ll use ballast and anchors.

“I don’t have any trouble throwing an anchor right out the door into the sand,” he said. “We want them to stay where we put them.”

Weatherby doesn’t know yet where the plane will wind up but he hopes it’s in Florida, and that it will be at a depth shallow enough to be reached by snorkelers as well as divers.

“It would be useful for training for things like wreck diving, specialty or technical diving or even for things like public safety, you know, rescue diving, firemen, police, state police or military,” he said. “So it would make an excellent training ground.”