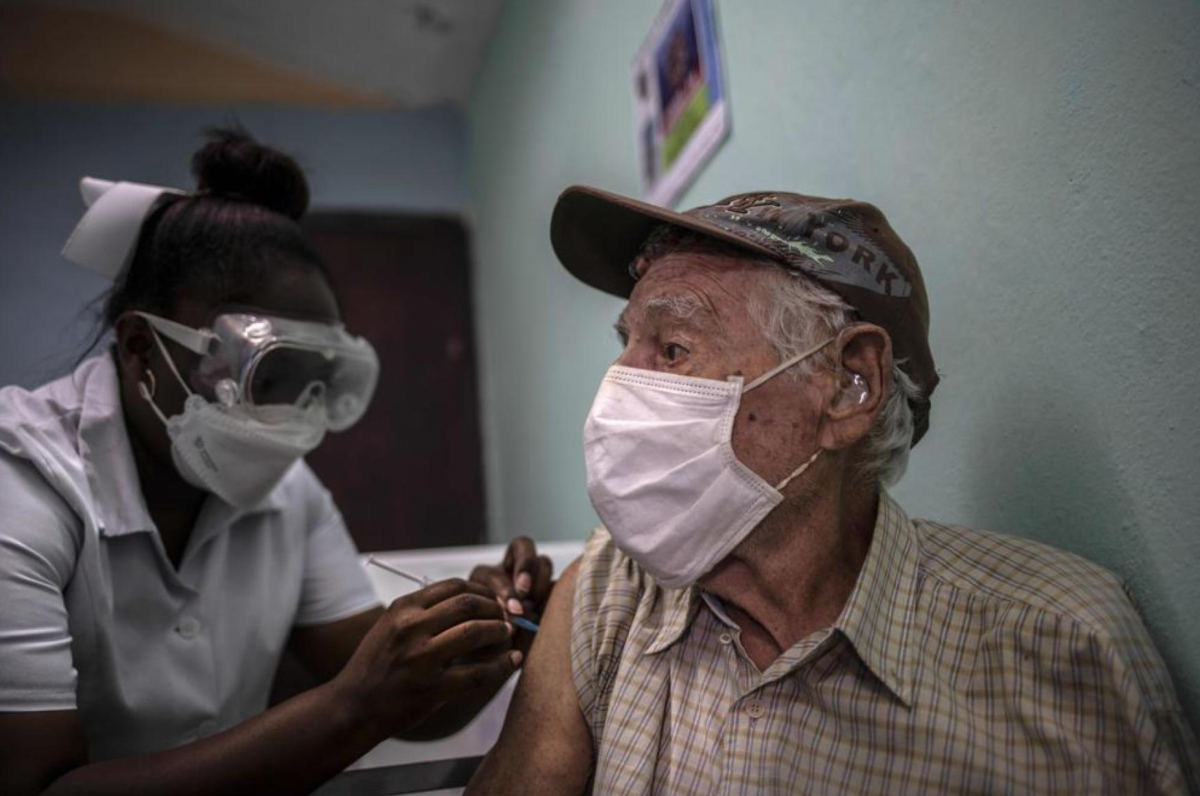 An elderly Cuban man receives one of the preliminary doses of the country's Abdala COVID-19 vaccine in Havana in May.

Cuba has not imported COVID-19 vaccines because the island’s economy is in tatters. So it’s producing its own. Officials say two Cuban vaccines look particularly promising.

That seems to be a breakthrough for the communist island’s biopharma industry.

Cuban President Miguel Díaz-Canel tweeted that his country’s Finlay Institute and Center for Genetic Engineering and Biotechnology “have risen above all the obstacles and given us two very effective vaccines.”

And not a moment too soon.

Cash-strapped Cuba has not sought vaccines elsewhere – not even from the international COVAX project for poorer countries. The domestic doses it’s administered so far have fully vaccinated less than a tenth of the population.

Right now Cuba is experiencing one of its worst surges of COVID cases.