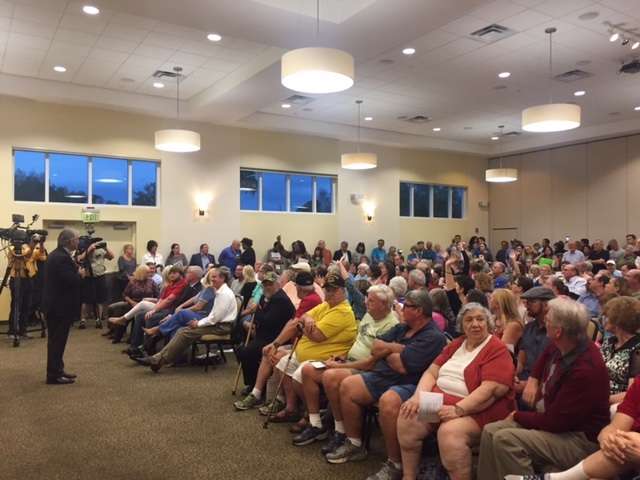 A crowd of more than 200 heckled and booed Ross as he fielded questions about transparency and the Trump administration, immigration, and the Environmental Protection Agency.

The topic that got the crowd really cranked up was the Affordable Care Act. Ross said he wants to keep parts of it, like coverage for pre-existing conditions and allowing those 26 and younger to stay on their parents’ plan.

When asked how he thought the nearly hour-long exchange went, Ross said he thought it went well. “Because, did you see the turnout? There’s an engaged populous out there and I admire that,” said Ross. “That’s what this process is about.”

Ross then left the town hall through a back door.

Members of Congress from both parties have been holding town halls filled with angry crowds. A video online shows Republican Daniel Webster being confronted at an event Tuesday.