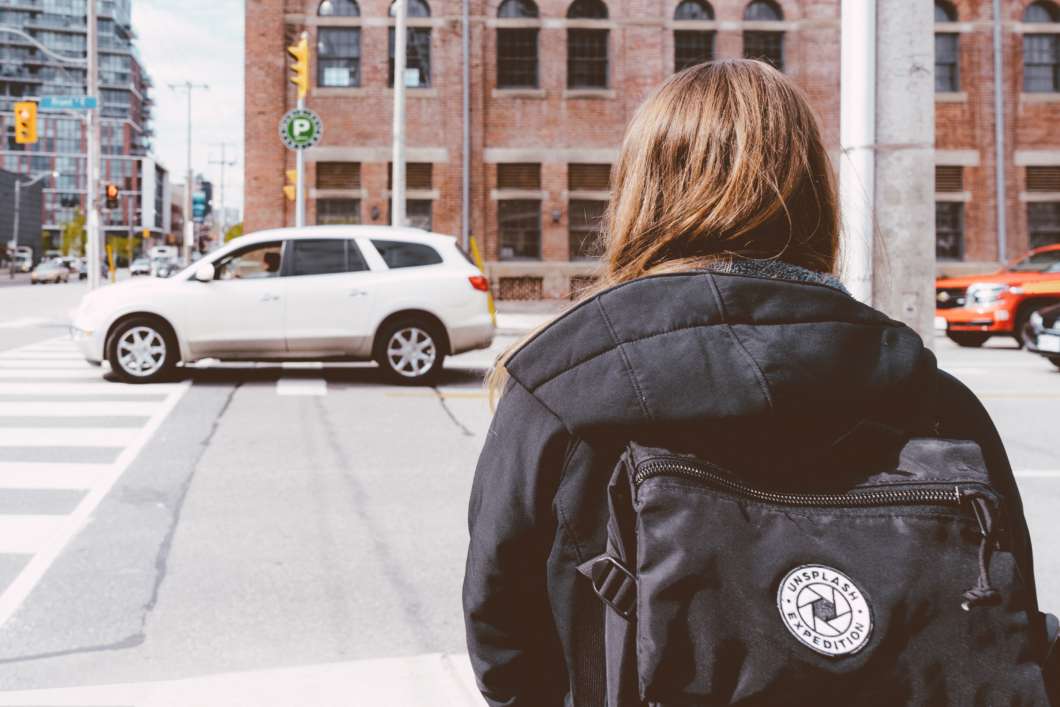 Officers from seven law enforcement agencies conducted a crackdown on drivers at crosswalks in Central Florida today. Sanford Police Lt. Peter Justiniano watched as a plainclothes officer stood in the crosswalk at Airport Blvd and S. Park Ave in Sanford, waiting to see if cars would stop.

Sanford Police Sgt. Zachary Glenn, wearing plainclothes, steps into the  crosswalk at Airport Blvd and S. Park Ave in Sanford as cars zip past him.

“Some of them are doing like double the speed limit almost and that’s a little hairy.”

Watching from the sidewalk is Lt. Peter Justiniano. He says the goal is to see how many drivers follow the law and stop for a pedestrian in a crosswalk. Drivers who don’t stop get a ticket.

“Our goal here is to measure and then try to increase the driver yield rates for these crosswalks. So right now we’re focusing here in our city on several mid-block crosswalks.”

Long-term he says they’re looking for engineering solutions to slow down drivers including re-striping this particular crosswalk.

“One of the things we want to do is you can see the road has been recently resurfaced? So some of the striping has been missing from the crosswalk to make it more visible.”

Barbara Giles from the non-profit Best Foot Forward, says this particular crosswalk is near a busy bus stop.

Right now only about 30 percent of drivers comply with the law.

“When we measured how many drivers were yielding to pedestrians before coming out here only about 35 of every 100 drivers were stopping for people crossing the street. And when you’re talking about kids trying to go to the bus stop-what if one of those 65 people was your child?”

She says the group works to slow drivers down with these enforcement actions but also education.

“We use a combination of engineering, enforcement and education to try to change driver behavior. Enforcement is a form of education. But we also are out doing community outreach trying to educate people that they must yield to pedestrians in crosswalks.”

15 different drivers refused to stop for a plain-clothes deputy legally crossing in a crosswalk! This is why 7 law enforcement agencies are teaming up tomorrow for #OperationBFF at 19 crosswalks in Seminole County. Drivers– stop for pedestrians in the crosswalk. #iY4Peds pic.twitter.com/GCv57jMPFC

Best Foot Forward says that on roads where the speed limit is 35 mph or lower, enforcement operations like today’s crackdown, can increase yield rates from 17 to 58 percent.

The Orlando-Kissimmee-Sanford metro area ranks number one in the county for pedestrian deaths according to the latest Smart Growth America “Dangerous by Design” report.