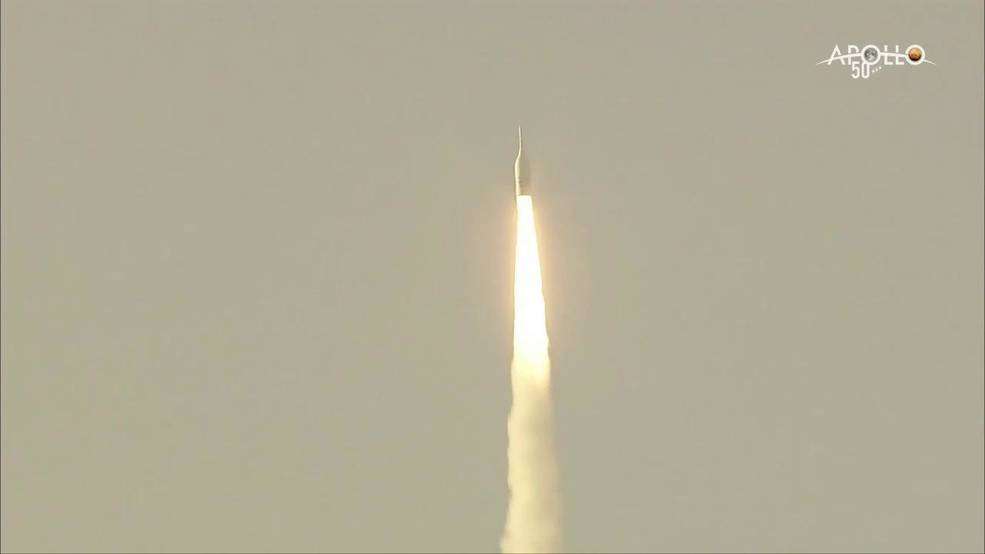 NASA has successfully tested a key safety system on a new space capsule designed to take humans to the moon. The space agency tested the launch abort system of the Orion spacecraft — which is meant to save astronauts should something go wrong during launch.

The test lasted only about three minutes, launching Tuesday from Cape Canaveral’s Space Launch Complex 46. A modified Northrop Grumman Peacekeeper ICBM launched the uncrewed test capsule to an altitude of about six miles, simulating the high-stress aerodynamic conditions expected during an actual liftoff.

Less than a minute after launch, the motors on the abort system were engaged, pulling the crew capsule away from the still-firing rocket. The abort system re-oriented the capsule and jettisoned before splashing down in the Atlantic.

“Launching into space is one of the most difficult and dangerous parts of going to the Moon,” said Mark Kirasich, Orion program manager at Johnson Space Center in Houston. “This test mimicked some of the most challenging conditions Orion will ever face should an emergency develop during the ascent phase of flight.”

NASA is developing the Orion capsule along with a new rocket called the Space Launch System, or SLS, to return humans to the moon. The White House has charged the agency with landing humans on the lunar surface in 2024.

The space agency’s Artemis program aims to meet the deadline through three missions. Artemis 1 will send an unpiloted capsule around the moon, and Artemis 2 will send a crew inside the Orion capsule on a similar trip. Artemis 3 will send astronauts to a mini-space station in a lunar orbit before sending them to the surface of the moon.

The abort test is a critical milestone in certifying the capsule for human spaceflight on the Artemis 2 mission, which could happen in the early 2020s.

Last October, a launch abort system on a Russian rocket saved the lives of two astronauts, including NASA’s Nick Hague, on their way to the International Space Station. “As someone who has had his life saved by a launch abort system, I can attest that today was a truly significant milestone in the Artemis program,” said Hague.