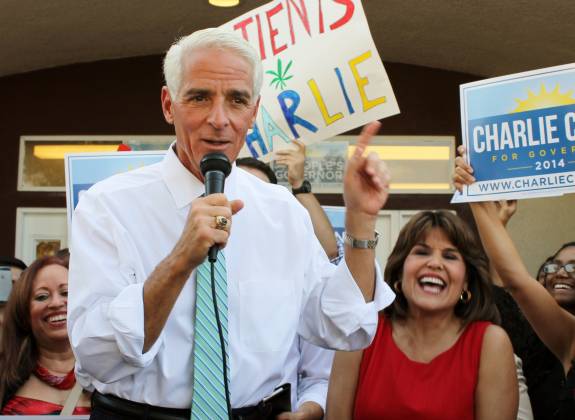 Two high profile Florida Democrats have ruled themselves out of the running for the US Senate in 2016. First Charlie Crist on Monday, then Democratic National Committee chair Debbie Wasserman Schultz said Tuesday she will not run against Republican Senator Marco Rubio.

She told CNN she’ll be seeking re-election in her South Florida congressional district.

90.7 political commentator Dick Batchelor said he’s surprised by the news- but it leaves room for other contenders:

“[Congressman] Patrick Murphy’s a very strong candidate himself, you know for this US senate race, he should be taken very, very seriously,” said Batchelor.

“Since Congresswoman Deborah Wasserman Schultz is out, I think that maybe opens it up a little bit for him,” he said.

Whether Marco Rubio runs for president or runs to keep his senate seat, he’ll have a tough campaign ahead of him, said Republican political analyst Frank Torres.

He said the presidential election could help Florida Democrats.

“I think if you get a Hillary as the nominee for the Democratic party in a state that continues to turn blue every presidential election cycle, then Rubio might have a tough chance against Patrick Murphy and a rising star, or against someone who’ll really take a fight to him in a potential matchup against Alan Grayson.”

Central Florida congressman Alan Grayson is another democrat said to be eyeing a run for Rubio’s seat.