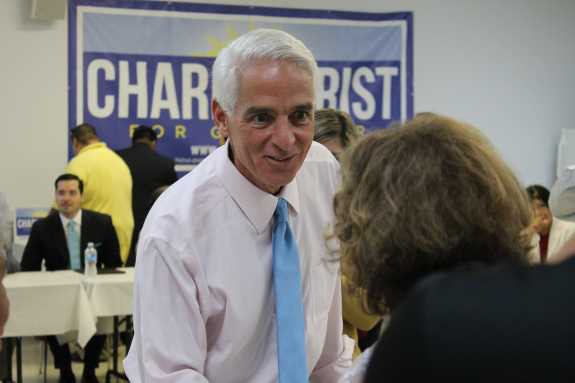 Candidate for Governor Charlie Crist was in Orlando on Tuesday meeting with Hispanic community leaders.

Charlie Crist began talking about his family’s immigration to the United States from Greece, but the audience really wanted to talk about education.

They asked what he would do to restore funding that was cut from education by Governor Rick Scott.

Crist says while Scott increased educational spending in the latest budget, it still isn’t enough. “I don’t know what the percentage should be but it ought to be enough not only to restore what he took away, but to enhance and improve what Florida schools should be,” says Crist.

In his first year in office, Scott cut $1.3 billion from K-12 education. Most of that has since been put back.

He said much of Scott’s term was spent righting the wrongs of Charlie Crist’s time in office.

Scott asked the legislature for $18.8 billion next year for education.