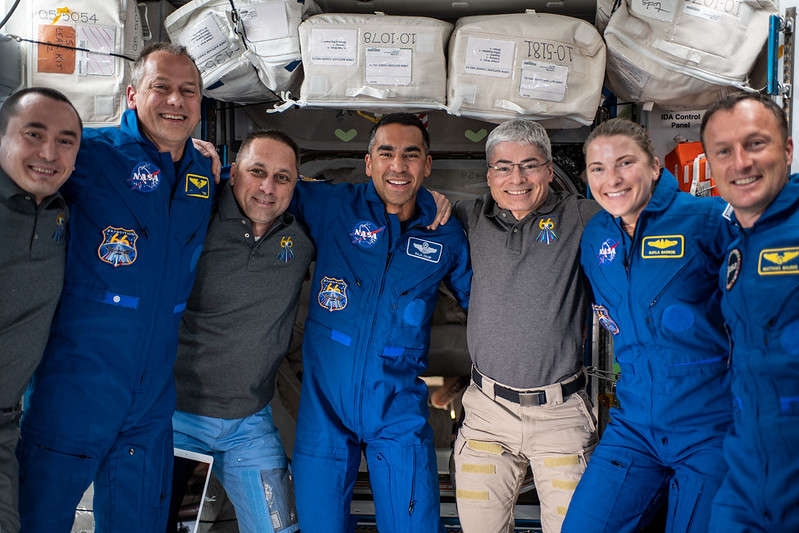 Life on the International Space Station is back to normal after a cloud of space debris threatened the safety of the seven astronauts and cosmonauts on board.

Earlier this week, the crew on the station was woken up and told to shelter in their docked space capsules as a cluster of space junk was projected to pass close to the station. NASA says operations are now back to normal and radial hatches on the station were opened.

The debris was caused by a Russian anti-satellite missile test, which destroyed a defunct satellite in orbit causing thousands of pieces of debris. “This debris cloud that was just created has increased the risk to the station,” the agency said in a recent blog update. “The cataloging of the total number of identifiable pieces of debris is ongoing.”

The station was projected to pass through this new cloud of debris, prompting ground controllers Monday to ask the astronauts to take refuge in their capsules and close hatches on the station.

The largest risk to the station was during the first 24 hours after the debris cloud was created, NASA says. The U.S. government and NASA’s administrator Bill Nelson condemned the test while Russia downplayed the threat to the station.

“Their actions are reckless and dangerous, threatening as well the Chinese space station and the taikonauts on board. All nations have a responsibility to prevent the purposeful creation of space debris from ASATs and to foster a safe, sustainable space environment,” Nelson said in a statement released Monday evening. “NASA will continue monitoring the debris in the coming days and beyond to ensure the safety of our crew in orbit.”

NASA says the agency along with the U.S. Space Command will continue to track the debris which could pose a threat to the station and other satellites in orbit for months and possibly years to come.