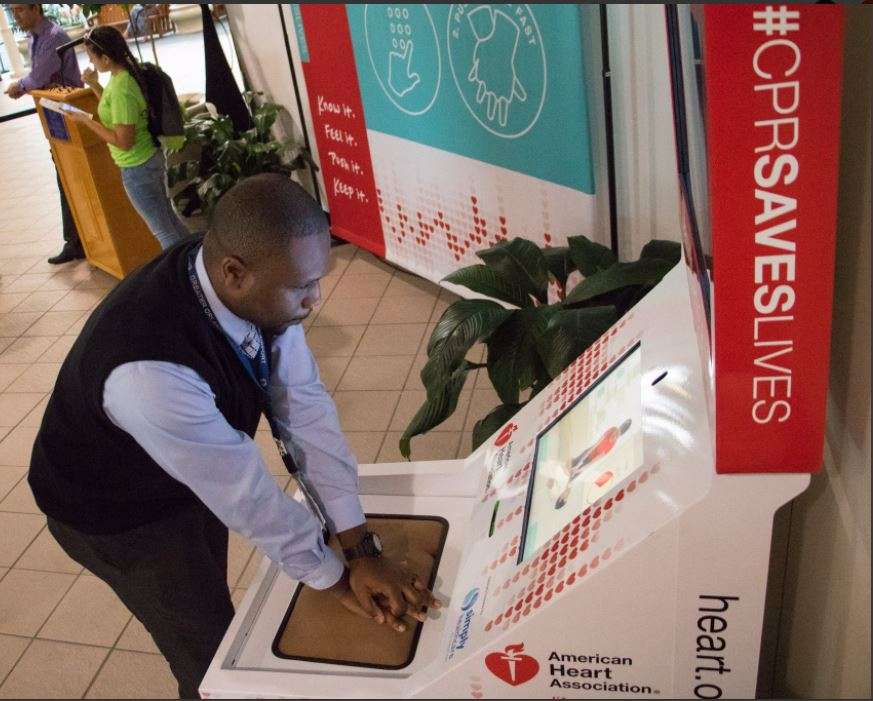 The more than 43 million passengers traveling through Orlando International Airport each year will now have access to free CPR training. The American Heart Association debuted its first hands-only CPR kiosk there Wednesday.

The kiosk, located in the main atrium near the security checkpoint for gates 70 through 129, teaches how to save someone during a cardiac arrest in five minutes with an interactive video and a rubber torso for people to practice compression. It offers tips about the depth and rate of compression, finishing with a thirty-second test so that learners can see how they have performed.

“We’re hoping that they take that skill with them, wherever they are. In case of a cardiac emergency, they can jump in and potentially be a life safer,” said Jimmy Clarity, spokesman for the American Heart Association.

According to the Centers for Disease Control approximately 357,000 people experienced cardiac arrests in 2015. An estimated 70 percent die before reaching the hospital.