Cows die, I-75 shut down after truck hits guardrail and overturns 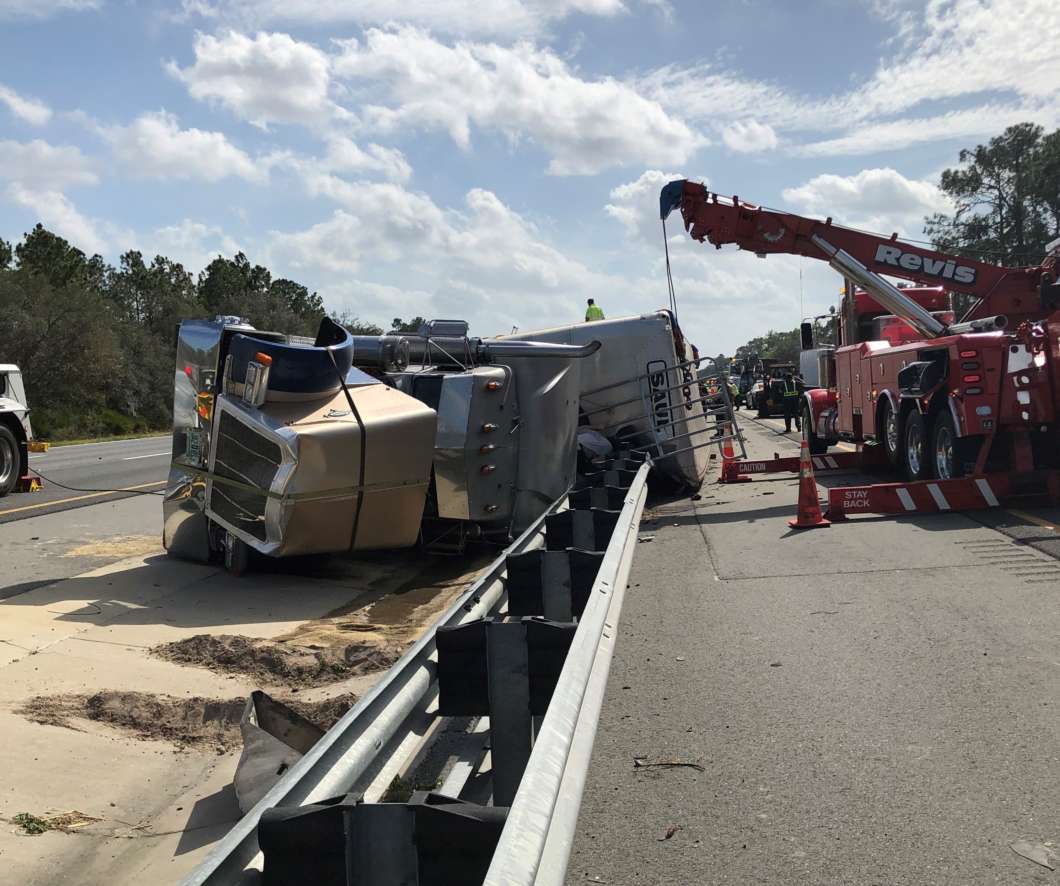 The driver of a semi hauling cows was not injured when the truck crashed on Interstate 75 Thursday morning, but 19 cows were killed. Photo: FHP

Nineteen cows are dead after a truck hauling 83 of them crashed and overturned on Interstate 75 in Sumter County Thursday morning.

The driver, a Plant City man, was cited for careless driving.

Florida Highway Patrol troopers say the driver fell asleep in the northbound lanes just south of the Florida Turnpike. The truck veered into the median and hit a guardrail.

The driver was not hurt.

But some of the cows got loose, according to the Sumter County Sheriff’s Office. I-75 was shut down in both directions for hours.