COVID Symptoms May Linger In Some Vaccinated People Who Get Infected, Study Finds 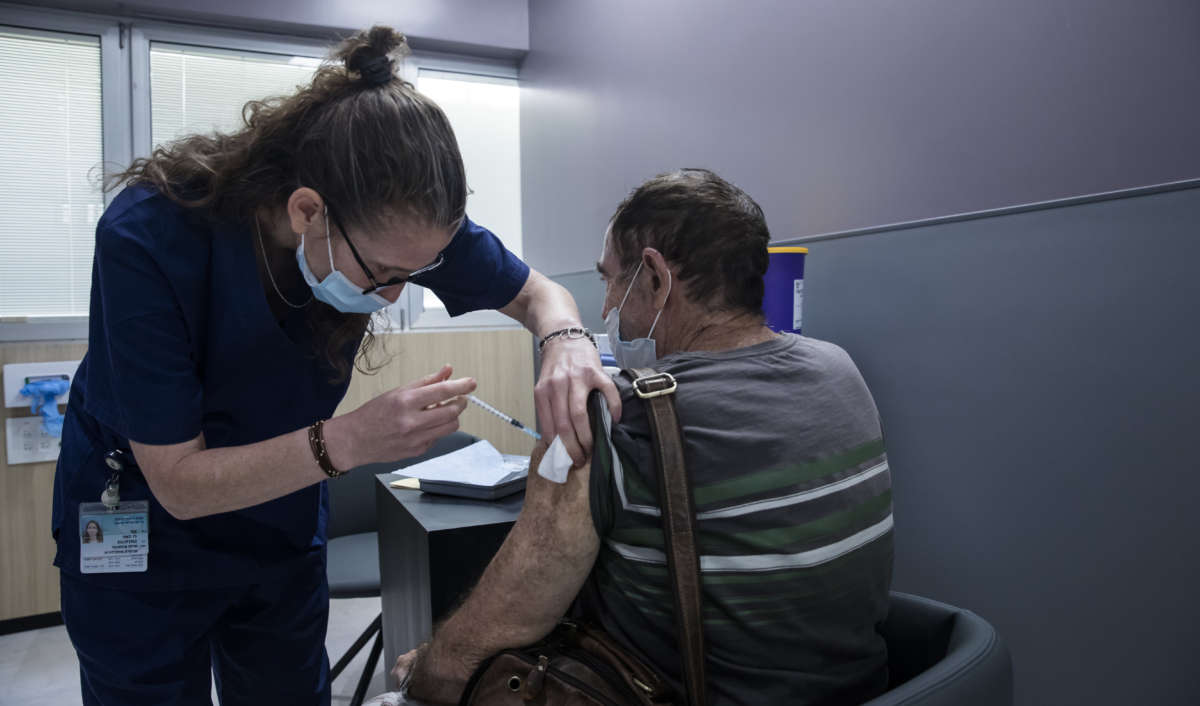 That’s according to a small new study of fully vaccinated health care workers in Israel, published Wednesday in The New England Journal of Medicine.

The study confirmed what’s already known: That it’s very rare for fully vaccinated people to get infected or sick with COVID-19. But it also found lingering COVID symptoms did develop in a handful of breakthrough cases.

Researchers studied 1,497 vaccinated health care workers at the Sheba Medical Center in Israel. Among them, only 39 got infected despite their inoculations. Of those, seven — or about 19% — developed symptoms that lasted at least six weeks, including headaches, muscle pain, loss of taste and smell and fatigue.

“It’s really disturbing,” says Dr. Gili Regev-Yochay, director of the infection, prevention and control unit with the Sheba Medical Center and an author of the study.

“If this is what we’re going to see with all of the even mildly symptomatic infections that we’re seeing now, it’s definitely worrisome,” she says.

Regev-Yochay and others stress that the results need to be confirmed by additional research involving many more patients who are followed for much longer. It could be a false alarm, the symptoms could be much rarer, or they could resolve far more quickly than the months of symptoms that typically plague those suffering from long COVID.

Experts stress that vaccination remains highly effective at preventing the most severe consequences of infection: hospitalization and death.

Nevertheless, other researchers agree the findings are cause for additional investigation.

“We had hoped that when you get vaccinated and even if you did have a breakthrough infection you would have enough of an immune response that would block this protracted symptom complex now known as long COVID,” says Dr. Eric Topol, a professor of molecular medicine at Scripps Research.

“This study is the really first to give us an indicator that there’s some long-haulers among that small group of people that had breakthrough infections,” Topol says.

Regev-Yochay and her colleagues at the Sheba Medical Center noted that some of the patients in the study with lingering symptoms had severe fatigue.

“You could say these are potentially mild symptoms, but disturbing enough that some of the people didn’t even return to work. It’s very concerning,” Regev-Yochay says.

The study was conducted when the Alpha variant was dominating Israel. Since Delta’s so much more contagious and tends to produce even more virus inside people’s bodies, if anything, the problem could be even worse now, Regev-Yochay and others say.

“What we’re learning about this virus and frankly the heinous nature of this virus is that when it came out of China it was billed falsely as a winter respiratory virus that like influenza could cause severe and occasionally fatal pneumonia,” says Dr. Paul Offit, a vaccine expert at the University of Pennsylvania who advises the Food and Drug Administration about vaccines. “But this virus is much more than that.”

Other experts say the findings provide yet more evidence that fully vaccinated people need to remain cautious, and should follow the new guidelines from the Centers for Disease Control and Prevention to wear masks indoors in risky situations.

“You could imagine your vaccine providing a bit of a force field, but that’s not the case anymore,” says Saad Omer, a vaccine expert at Yale. “It’s still pretty strong armor. But it’s penetrable armor.”