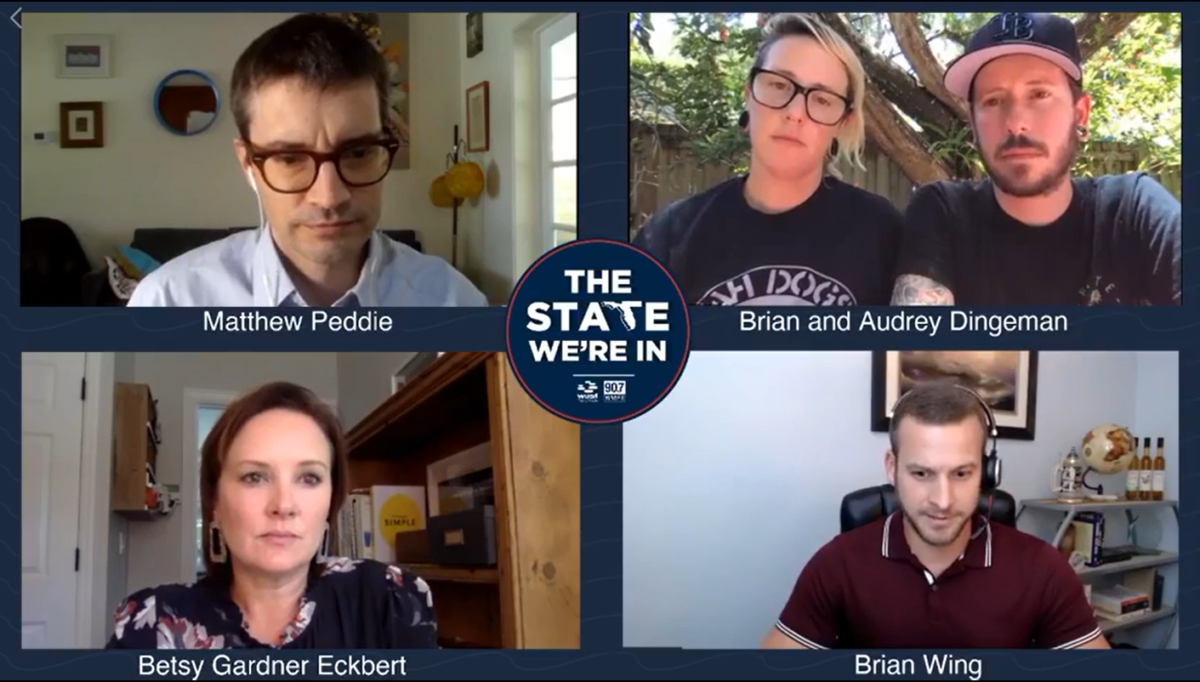 Florida’s rapid rise in the number of coronavirus cases is derailing plans for some businesses to reopen.

Brian Wing, cider and mead brewer at Green Bench Brewing Company in St. Petersburg, says they were getting ready to open when they suddenly had to shift gears. Some warning would have helped, he said.

“We’re trying to play by the rules not just for public health but you know, also selfishly the health of our employees and you know, our customers.”

Betsy Gardner Eckbert, president of the Winter Park Chamber of Commerce, said if the state is going to issue rules, they need to follow up.

“Oversight and being able to have these orders and then enforce them is going to be the key piece of it,” said Eckbert.

“We see people walking around without masks, but we have a mask order, so that is a really challenging piece of where we are.”

News like last week’s abrupt closure of bars statewide have heightened the anxiety for restaurant and bar owners about how fast they’ll recover.

“Now I fear it may last two years with reverberating consequences through our economy.”

Eckbert said the successful restaurants and bars adapted early on to provide carry out meals and drinks, or established a strong social media presence.

“We were able to flip our entire business model from a dine-in counter service restaurant, to order online or call in your order, pay over the phone or pay online and then contactlessly pick up outside of our restaurant,” said Audrey Dingeman.

She said they’ve used social media to keep in touch with customers during the pandemic.

“We’ve been communicating with all of our regulars and our current followers that way, just to keep it personal, to keep that personal touch for those who miss that.”

“Based on where we would have been on our projected numbers, we’re only down about 20%, which we attribute to our amazing customers and our loyal fanbase for keeping us afloat during this time. We’re extremely grateful for that. It could be a lot worse.”

Audrey and Brian Dingeman, Brian Wing and Betsy Gardner Eckbert were guests Tuesday on The State We’re In – a Facebook Live show from WUSF and WMFE in Orlando. To see the full conversation about how restaurants and bars are staying afloat, visit The State We’re In Facebook page.