COVID-19 Vaccination Has Been Conjuring Up Emotions And Memories 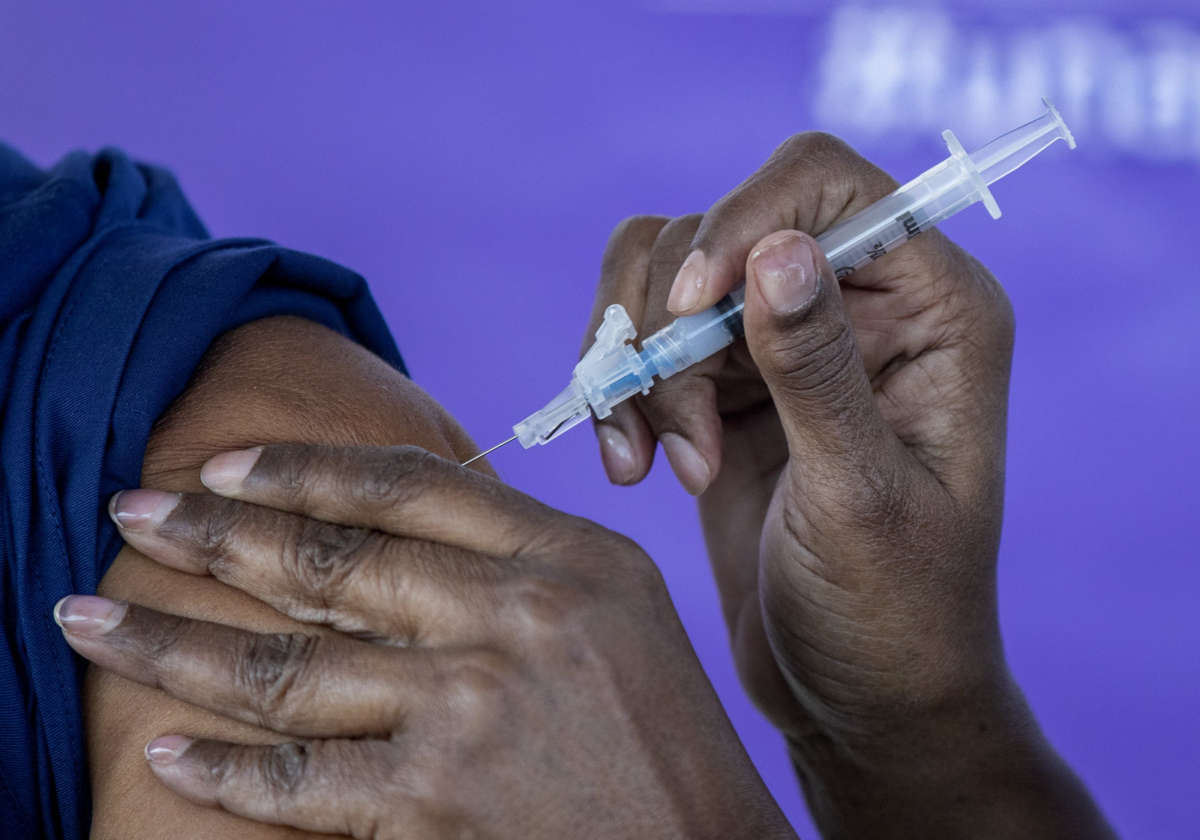 After a year of fear, stress and isolation, the COVID-19 vaccine often produces more than a little pinch of sensation in your arm.

The experience also stirs strong emotions. Some feel relief. Others gratitude. Many are overcome and start crying.

Some people say the freedom squelched by the pandemic is beginning to return. That feeling of liberty is familiar to those who have survived previous epidemics.

On a spring afternoon in 1954, 1-year-old Gloria Anderson played with a group of toddlers in Billings, Mont. Two days later her mother learned that one of the other children had contracted polio. Within days Anderson started feeling sick — first a bit of nausea, then fever. Her mom gasped when she put Anderson in a high chair and saw that she could only move her right leg.

“I was kicking one leg,” Anderson says. “And my mom stuck the pin in my left leg, and I didn’t move it.”

They rushed her to the hospital where she quarantined for three weeks. Even her mother couldn’t visit. The left side of her body was paralyzed, and the prognosis was tragic — she would never walk again.

But Anderson was one of the lucky ones. Her immobility was temporary, and six months later she took her first steps.

In rare cases, you can contract polio twice. So when the polio vaccine arrived in 1955, Anderson’s mother raced her two daughters to the doctor’s office.

“It was a sugar cube,” Anderson says. “And we all took it. And my mom was radiant!”

Radiant because her girls were safe. But the disease scarred Anderson both physically and emotionally for life. The left side of her body never fully recovered, and she’s had to endure numerous medical procedures over the years. Now in her 60s, Anderson started falling a lot and eventually had to get fitted for a leg brace. It’s a daily reminder of her illness as a small child.

Because a virus almost killed her and still affects her life today, Anderson took the coronavirus seriously from the start. She and her husband religiously sheltered in place, and if they had to leave their home they wore masks. They desperately missed their grandchildren.

“There’s heartache,” Anderson says. “These are hard times. But we do it for one another.”

Like her mother six decades ago, Anderson was beaming after recently receiving her second vaccine shot.

Leo Herrera also felt a familiar sense of relief when a nurse inserted a second dose of the COVID-19 vaccine into his arm. The past 12 months marked the second time the 39-year-old watched a virus rip through his community. COVID-19 has disproportionately hit both Latinos and LGBTQ people.

“I’m a gay man,” says the San Francisco resident. “I have a lot of viral trauma from the HIV pandemic. I’m also a first-generation Mexican immigrant who grew up undocumented. So there’s a lot of overlap between the two pandemics.”

Back in 2012, Herrera was dating an HIV-positive man. That same year PrEP, a daily pill that prevents the user from contracting the virus, hit the market. But, just like the vaccine rollout today, access tilted toward affluent communities with good insurance.

“It took years for PrEP to be distributed widely to folks of color and folks without health care,” Herrera says.

And just like today, a lot of media focused on unknowns. Would the pill lead to toxicity? Bone density issues? Maybe kidney problems?

In the end, Herrera took a leap of faith. The mental health benefits outweighed the potential physical risks.

“The first time I had sex without a condom with an HIV-positive person was a freedom and a loss of shame and anxiety that was phenomenal,” he says.

Jonathan Salinas can relate. Even though the 23-year-old San Francisco resident didn’t endure the AIDS crisis, the virus haunts his generation, as well.

“When I was growing up as a gay man I was told that HIV should always be in the periphery or around the conversations of sex,” he says. So, when he learned about PrEP during a visit to Planned Parenthood he was thrilled to start taking the daily pill.

“As soon as I got on PrEP, that anxiety, that weight off of my shoulders, it lifted almost immediately because I felt empowered,” he says.

Salinas was filled with a similar sense of relief when he received his COVID-19 vaccine. He hasn’t visited his relatives for months out of fear he’d bring the virus home.

“I just felt so much hope,” he says about getting the vaccine.

A beat too long

While driving to get his second COVID-19 shot, Leo Herrera stopped for gas. When he walked inside the station to pay, he passed a group of people not wearing masks.

“And I thought, ‘Oh, man. I cannot wait for this to be the last time that I have to focus on what everybody else is doing to take care of me. I can finally take that power back, ‘ ” he says, grinning.

He’s looking forward to the time when most people are vaccinated. When he finds himself at a wedding reception or a bar, and without thinking he can open his arms to hug a stranger. “And the hug is going to go on for a beat too long,” he says. “And you’re going to hold on to that stranger, and you’re both going to realize what that hug means.”