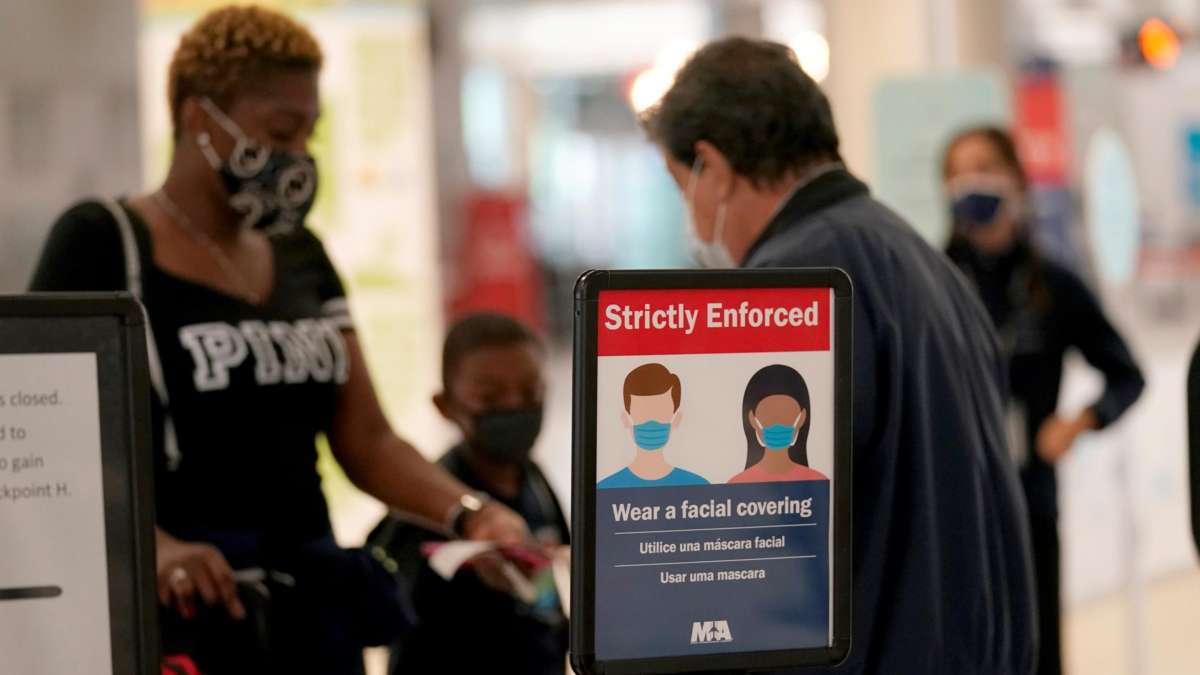 Florida is now a hotspot for the more contagious strain of COVID-19, which originated in the United Kingdom. So far, almost 350 cases have been confirmed by the Centers for Disease Control.

The Biden Administration has discussed the idea of possible new travel restrictions, aimed at slowing the spread of the virus. That would be on top of the restrictions already in place.

The potential of new restrictions was met with opposition from leading Florida Republicans. We spoke to Miami Herald Reporter Ben Conarck, one of the reporters who broke the story about the White House discussions, about it.

Business leaders in Florida, especially Central Florida, also say they will fight travel restrictions. While they understand the virus variant is a threat to business too, they say they can’t survive another lockdown and no visitors. Ashley Kritzer of the Tampa Bay Business Journal joined us to discuss the fragile position they are in.

This week, Florida mayors sent up a cry for help. Both Republican and Democratic leaders around the state say the pandemic is simply crushing Florida’s cities, and they’re asking Congress to pass the Biden administration’s rescue plan as soon as possible. Mayor Rick Kriseman of St. Petersburg joined us for a closer look.

‘Class of COVID-19: An Education Crisis For Florida’s Vulnerable Students’

Three years ago on February 14, a gunman killed 17 people and hurt 17 others at Marjory Stoneman Douglas High School in Parkland. The shooting sparked protests, student activism, and led to hundreds of millions of dollars spent on security measures at public schools in Florida.

A grand jury that has been examining school safety called the state’s mental health system a mess. And now, that mental health system now also has the pandemic to deal with – and hundreds of thousands of students trying to learn from home on a screen instead of in a classroom.

The education crisis for Florida’s vulnerable students is the focus of Class of COVID-19, a project that brings together public media reporters from across the state to report on how COVID-19 is affecting public education. We spoke with Caitie Switalski Muñoz of WLRN about it.

It sounds like science fiction, but it happened last week – a computer hacker got into the control system of a water treatment plant in Oldsmar, near Tampa. The hacker tried to poison the water by increasing a chemical normally used to treat the water. A supervisor saw the cybercrime in progress and stopped it, but it highlights the vulnerability of these systems. Bradley George of WUSF joined us with more.