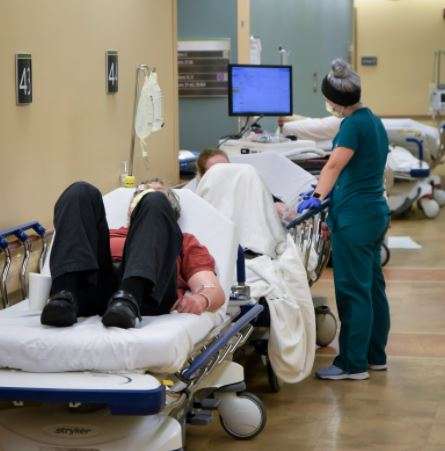 The number of new coronavirus cases in Florida is declining, but deaths have been rising. The state health department recently recorded its largest weekly increase in COVID-19 deaths since the delta surge, according to its latest report.

But there were times during the the delta surge this summer when COVID-19 killed more than 400 people a day.

Epidemiologist Jason Salemi with the University of South Florida’s College of Public Health said the omicron variant causes less severe illness in most people, but not everyone.

“Just because of the sheer number of people that end up getting infected, even if a small proportion of them end up dying, you know a small percentage of a really big number can still be a pretty big number,” he said.

“These numbers would probably be near 1,000 deaths a day if we saw this many cases during the delta surge,” Salemi added. “Thankfully that’s not the case, but unfortunately we are still seeing numbers that will probably get near 100 deaths per day, at least, at the peak of the omicron surge.”

So far, the worst day for deaths during this surge is Jan. 6, when the CDC reports 81 people died. The highest seven-day moving average so far has been 75 deaths per day, recorded on Jan. 11. But those totals can change for weeks after the fact as more information comes in.