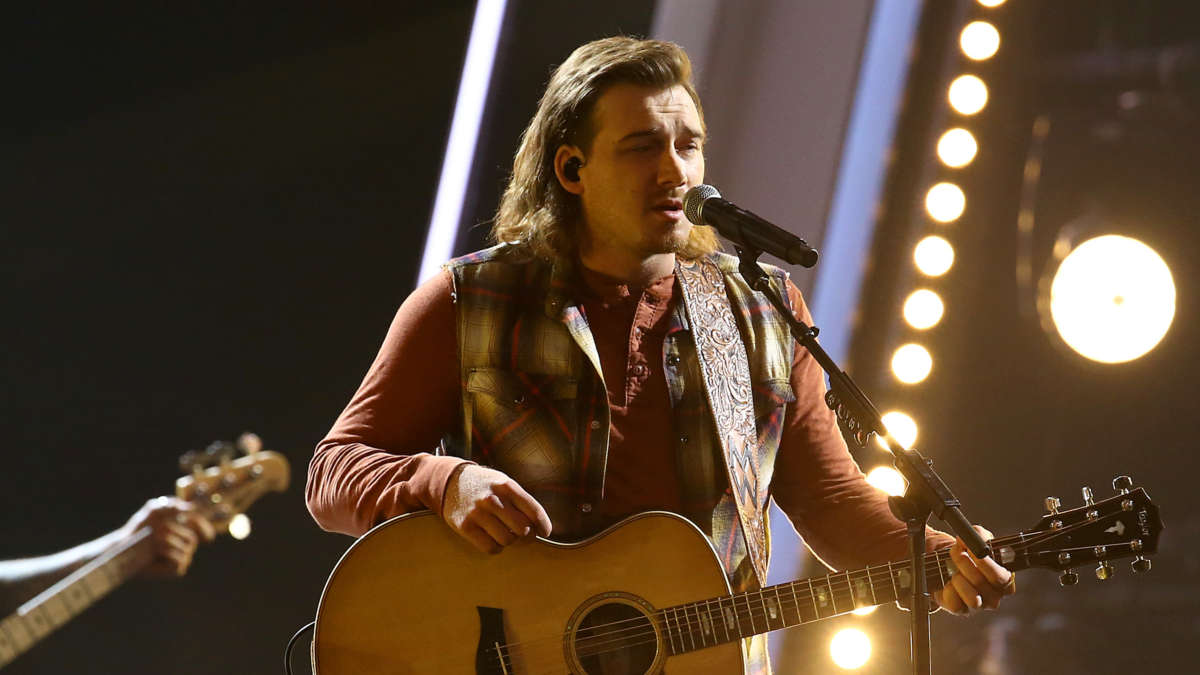 Morgan Wallen performing at the 54th annual CMA Awards in November, where he won the New Artist of the Year award.
Image credit: Terry Wyatt

Rising country star Morgan Wallen has been suspended by his record label, Big Loud. The label posted the news on its social media platforms this afternoon, saying “in the wake of recent events, Big Loud Records has made the decision to suspend Morgan Wallen’s recording contract indefinitely.”

This decision comes after TMZ posted a video Tuesday night of Wallen using the N-word with a group of his friends.

NPR has confirmed that Wallen has been pulled from iHeartMedia’s radio playlists. The biggest radio group in the country says this will affect about 135 stations where Wallen’s music would be heard. Variety reported last night that Cumulus Media sent a similar edict to its 400 stations.

CMT also announced that it is removing Wallen’s appearances from all of its platforms. In a tweet, the country-music channel wrote “We do not tolerate or condone words and actions that are in direct opposition to our core values that celebrate diversity, equity & inclusion. ”

Morgan Wallen’s second album, Dangerous: The Double Album, has been a huge hit since it debuted on Jan. 8. The album has topped the Billboard 200 chart for three consecutive weeks. According to Billboard, the last country album to do that was Taylor Swift’s Red in 2013.

This isn’t Wallen’s first brush with controversy. Last October, he was disinvited from playing Saturday Night Live after he was videotaped partying and breaking COVID-19 safety protocols before his appearance. He eventually appeared on the show in December, poking fun at the incident in a sketch.

NPR has reached out to Wallen’s press representatives for a statement. Wallen did issue an apology after TMZ posted the video, saying “I’m embarrassed and sorry. I used an unacceptable and inappropriate racial slur that I wish I could take back. There are no excuses to use this type of language, ever. I want to sincerely apologize for using the word. I promise to do better.”