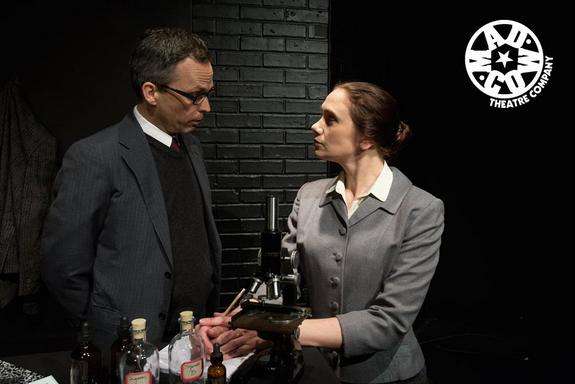 Luke Bryan, the hunky country singer, is doing his second show of the week at the Amway Center Saturday night at 7:30.

Photograph 51 is a play about Dr. Rosalind Franklin who, in 1953, captured the world’s first image of the DNA double helix, only to be lost to history in the male-dominated world of scientific success. The show runs this weekend through March 21st at Mad Cow Theatre on Church Street.

If you haven’t had enough focus on love after that busy Valentine’s Day … CFCArts Symphony Orchestra is a doing a concert called “LOVE SONG” which will feature pieces from West Side Story, Tchaikovsky’s Sleeping Beauty, the Big Band era, and some recognizable movie love themes. The concert is Saturday and Sunday at 8 at Downtown Baptist Church, 120 East Pine Street.

And finally, Cirque du Soleil and the Orlando Ballet is doing the third installment of a one-of-a-kind, one night only choreographic project designed to stimulate and encourage artistic growth called “A Choreographer’s Showcase.’ The press release says “expect the unexpected” Monday, Feb. 23rd at 7 at Cirque du Soleil at Downtown Disney.