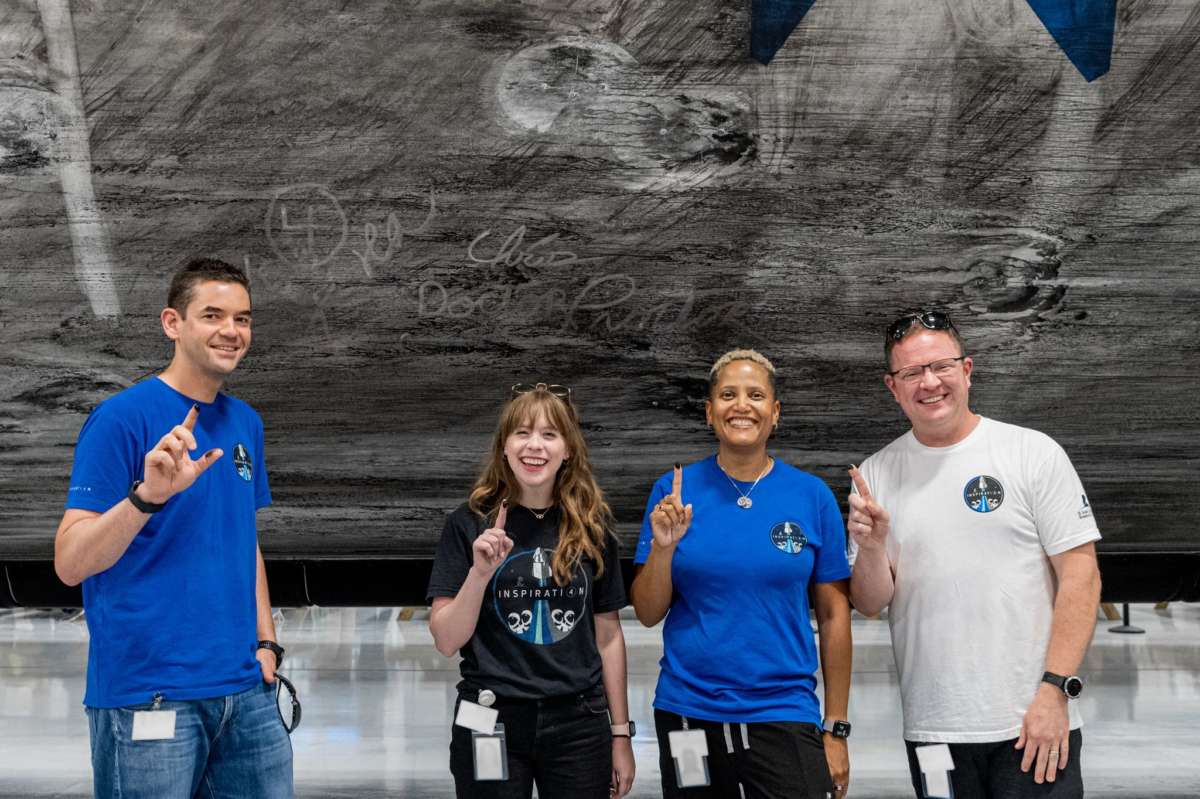 The crew of Inspiration4 signs the soot in the Falcon 9 rocket booster that will launch them into space. Photo: Inspiration4 / John Kraus

We’re just a day away from the launch window opening of SpaceX’s Inspiration-4 mission. It’s the first all-civilian space mission to orbit, taking four people on a three-day trip to space and back.

It’s also unlike any launch from the U.S. People are leaving the planet, and they’re not NASA astronauts.

We’ll talk with NASA’s head of human spaceflight Kathy Lueders about how NASA’s helping SpaceX with this mission and why she’s not that upset she won’t be in the control room for this private mission.

Then, we’ll continue our conversation with John Kraus, mission photographer for Inspiration4, about how he’s preparing the crew to take their own images from space.