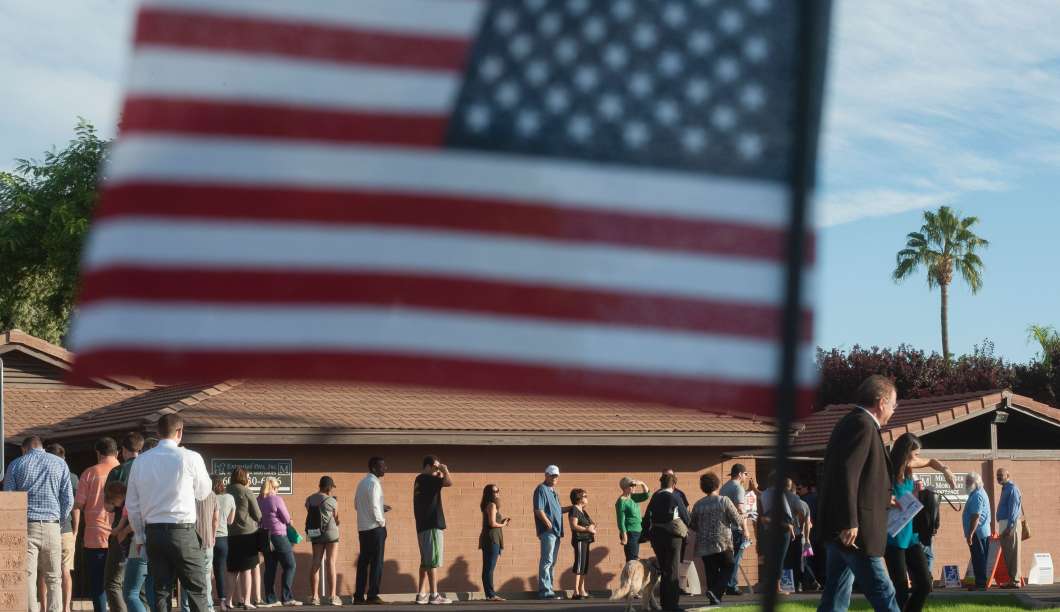 Voters wait in line in front of a polling station to cast their ballots in the presidential election in Scottsdale, Ariz., on Nov. 8, 2016.

Congress could authorize top-secret security clearances for each state’s chief election official to help protect voting systems from cyberattacks and other potential meddling.

That provision, which was part of the Senate Intelligence Committee’s 2018 policy bill for U.S. spy agencies, is one of the first concrete steps that lawmakers have taken to try to defend future elections from the sort of foreign interference that plagued the 2016 presidential race.

The Senate panel is one of two congressional committees investigating what the American intelligence community says was a Russian government campaign to undermine the U.S. democratic system, discredit Hillary Clinton and help Donald Trump win.

The Senate Intelligence panel included language that would require Director of National Intelligence Dan Coats to set up the clearances for state leaders in its annual bill setting policy for the intelligence community.

The National Association of Secretaries of State welcomed the idea.

“We’ve been seeking that kind of clearance for months, and if this goes through it’s welcome news,” said association spokesman Stephen Reed.

Russia’s efforts to interfere in the 2016 election included state systems and contractors. Intelligence officials have said that people with ties to the Russian government targeted election-related computer systems in at least 21 states during last year’s campaign.

Officials have repeatedly said there’s no evidence that vote tallies were affected.

The Senate committee’s bill would require Coats to sponsor a security clearance “up to the top secret level” for each state and territory’s chief election official and one other person, such as a top aide.

Coats could then “share appropriate classified information related to threats to election systems and to the integrity of the election process” with those who have received clearance.

The proposal aims to allow federal authorities to share more information and provide it quicker with state officials about threats to their election systems. Today, the federal government is constrained in what it can tell state leaders because in most cases they are not cleared.

In the heated run-up to last year’s Election Day, state officials complained about the information — or lack of it — that the federal government shared regarding specific threats to election systems.

At least one state elections vendor was the target of a Russian cyberattack, as detailed in a leaked report from the National Security Agency.

The Senate Intelligence Committee approved the bill late last month in a 14-1 vote. The legislation must still be passed by the full Senate, and then negotiations would begin about the final details with the House.

Coats’ office declined to comment on the measure, but it’s unlikely the committee would have included the provision in the legislation without discussing it first with intelligence agency bosses.

A “top secret” clearance level is not the highest, and it would not give state election officials access to the country’s most sensitive information. But it would allow U.S. intelligence agencies to tailor the information they collect to the needs of state officials.

In the closing weeks of the Obama administration, then-Secretary of Homeland Security Jeh Johnson designated the nation’s election systems as critical infrastructure. He said the move would allow federal authorities to provide more support to state and local election officials.

Many of those officials, however, opposed the designation over concerns that it meant the federal government would take over the election process, which is a state and local responsibility.