Cory Connell Named Honorary Firefighter After Dying to Save Girlfriend 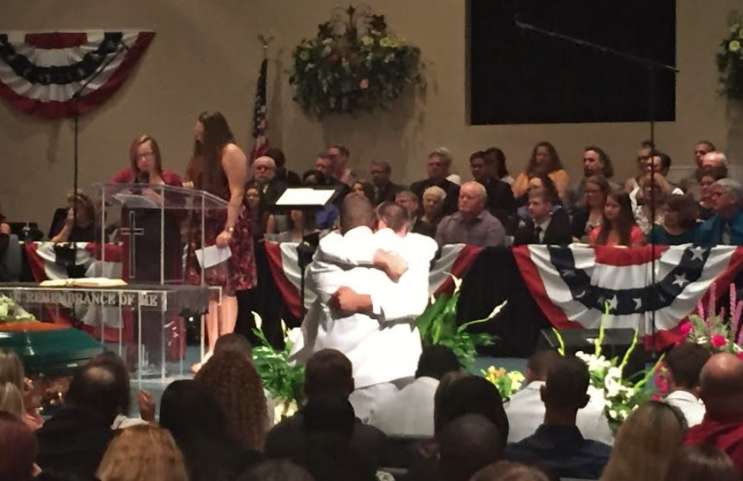 The church wasn’t big enough for the crowd that Cory James Connell drew. Young men, old women, kids—all colors—packed together, teary eyed. They poured out of the chapel into the hallway and out into the parking lot. All for a young man known by close friends and strangers for his warmth.

“He would find something that he loved in everybody, and he would just run with it,” said Ashli Slife. She met Connell three years ago while working at CVS Pharmacy. The two worked the night shift but quickly became best friends. She called him amazing.

“Literally. You walked through the doors and he greeted you with a smile and you just wanted to know him—it was like a need—you needed to know Cory. He had a way of being able to relate to every single person he met.”

That was Cory—open—family said during a eulogy. At the funeral, his older brother paid homage in poetry and comedy to a young man he says taught him lessons on love of people—and life.

“Cory was the smallest of the group, but had the pride and the heart of the lion. Size didn’t matter when he came to Cory. He would take on the world without even blinking once. I know you’re here with us to guide us through. I love you, bro. As we all do. Cory’s favorite line from Wednesday Nights, so I’m gonna say it: ‘No matter what, I love you guys.'”

That innate spirit of love is what led to Connell’s death. He was shot trying to protect his girlfriend Paula Blanco during the Pulse nightclub shooting. Family and friends knew he dreamed of being a firefighter. That is why members of the Orlando Fire Department appeared at his funeral in full regalia to recognize him and declare him an honorary member of their team.

“He didn’t just go out, like he went out saving other people because that’s who he was. In your dark, deepest moments, he was the guy that would make you smile. He was the one that you knew. If nobody else was there, you could always go to Cory,” said Natasha Monfette, who met Connell at a bar through mutual friends.

“Cory was somebody you just instantly loved.”

They were never close, but she says someone she’ll always remember.

There are stories from people he met about the profound impact his smile and sense of humor had on them, especially at the Publix in College Park where he worked.

In a speech, a member of the fire department laughed about how she came across Connell in the yogurt aisle. He asked her what her favorite flavor was. She said it was peanut butter Chobani. He responded. “You know what? I’m going to try that.”

In a special reflections video, Connell appears atop a hill with his arms wide open, shades on; in other photos he is laughing, surrounded by his three siblings or his grandparents, his mother and father, or close friends.

The lyrics from the song in the video ring true for him according to those who knew him: “If I die tonight…I’m gon’ know I gave this with my everything.”

“That is exactly what Cory did,” said Ashli Slife.

She thinks about how he embraced her for being gay when others did not. And she says there’s something everyone could learn from that.

“Cory just—he was nothing but love. He was just a big mushy ball of love. And I think that if we were all half the person that Cory is, our world would be different, and that’s just the truth.”