Coronavirus Is Contagious, But Kids Seem Less Vulnerable So Far 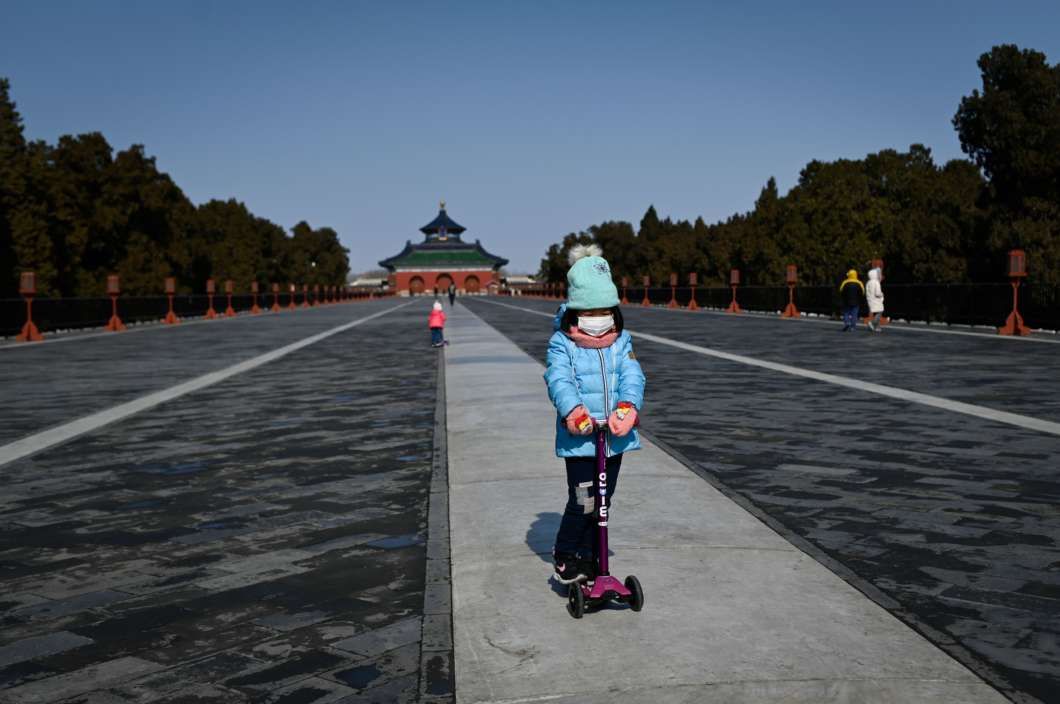 A girl in a park in Beijing on Feb, 15. Researchers are looking at the impact of the newly identified coronavirus on children.
Image credit: Wang Zhao

As the case count of coronavirus infections continues to rise in China, the number of reported infections among children is remarkably low.

“We’re seeing [about] 75,000 total cases at this point, but the literature is only reporting about 100 or so pediatric cases,” says Terri Lynn Stillwell, a pediatric infectious disease expert at Mott Children’s Hospital at the University of Michigan.

It’s possible that many more kids are infected but don’t get sick enough to seek medical treatment. It’s also possible that some infected children may develop no symptoms at all.

“So far, it appears that more than 80 percent of the [coronavirus] infections are pretty mild, no more severe than the common cold,’ says Cody Meissner, an infectious disease expert and professor of pediatrics at Tufts University School of Medicine. “And children appear to have even milder infections than adults,” Meissner says. This is based on preliminary data, he says.

He points to the findings of a small study, published in JAMA. Researchers in Wuhan, China, identified 9 hospitalized infants who had been diagnosed with COVID-19 after being infected by a family member. They ranged in age from one month to 11 months old. The researchers documented their symptoms. They found that 4 of the infants had fevers, two developed a cough. “It was very mild illness,” Messner says. None of the infants had severe complications.

So far, it seems the new virus is more likely to infect older adults, particularly people with chronic health problems. And those who’ve died from the virus in China tend to be much older, with an average age in their 70s.

Another group that public health officials worry about during an infectious disease outbreak is pregnant women. But, so far, there’s no evidence that women suffer severe complications.

A small study published in The Lancet followed nine women who were tracked during their third trimester of pregnancy. They were all admitted to Zhongnan Hospital of Wuhan University, Wuhan, China, and were all confirmed to have the virus. They all delivered by C-Section, and none of the women developed severe pneumonia or died. All gave birth to babies that appeared to be in relatively good health, with Apgar scores in the normal range in the minutes after birth.

To test whether the virus had been passed on, the researchers took samples of amniotic fluid, cord blood and breastmilk. “They did not find virus in those tissues or fluids,” says Sallie Permar, a professor of Pediatrics and Immunology at Duke University School of Medicine. She was not involved in the study, but reviewed the findings for NPR.

“The good news is we have not seen evidence of vertical transmission in coronaviruses.” Permar says. But she says it’s important to keep studying this novel virus, because this initial research is based on so few cases.

In some ways, it’s not completely surprising that there have not been a lot of reported cases of the new virus among young children. Going back to another coronavirus that caused harm with severe respiratory infection, “SARS was [also] mostly reported in adult populations and not children,” Permar says. “So there may be similarities to this coronavirus.”

It’s not clear why young children may be less vulnerable. But there may be some protection from their mother.

“Infants are born with maternal antibodies,” Permar says. “So whatever their mother had been exposed to, they may have some protection [against] when they’re first born.” She says whether this is contributing at all to the reports of a low degree of severity in infants “will be something to study going forward.”

Meanwhile, children are certainly being affected by the current flu season in the United States.

So far this year, almost 100 children have died from the flu in the U.S. And, in past year, the vast majority of those pediatric deaths occurred in children who did not receive a flu vaccine.