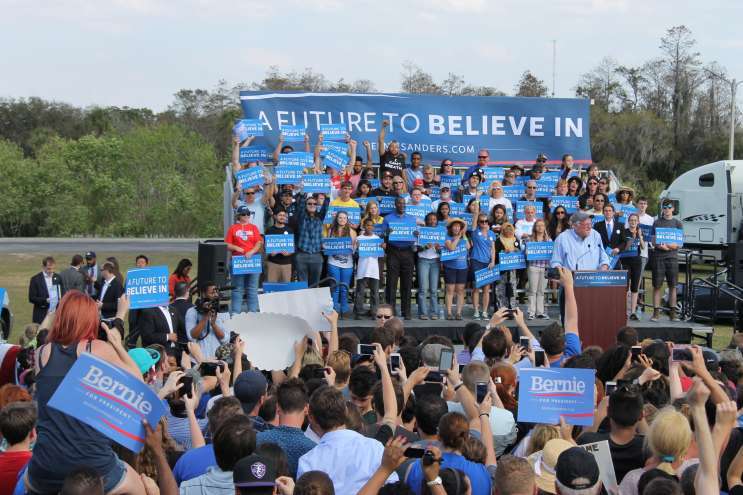 Sen. Bernie Sanders held a rally in Kissimmee during his 2016 campaign. He's canceled Florida events ahead of the primary this time around because of the coronavirus pandemic. Photo: Matthew Peddie WMFE

Concerns about the coronavirus are having an effect at the ballot box during Tuesday’s presidential primary.

Bernie Sanders has cancelled all Florida events, and fellow Democratic candidate Joe Biden has called off all large rallies – including one planned for Monday in Miami. And virtual events are replacing many in-person gatherings at the local level.

During a visit to Tampa, State Democratic Party chair Terri Rizzo said she doesn’t expect voter turnout to dampen too much. She says many people have already voted by mail.

“For those who don’t have vote by mail, obviously it’s too late to apply for it, to receive a ballot and send it in,” said Rizzo.

“There’s early voting. Early voting is quick and easy and not a large-group situation. So voting early is an option. And also regular voting. So I think we already have high turnout, and we’re going to continue to see high turnout in this.”

It’s increasingly doubtful that any election night watch parties sanctioned by the main candidates will be held, as Governor DeSantis has asked that all large gatherings be cancelled.