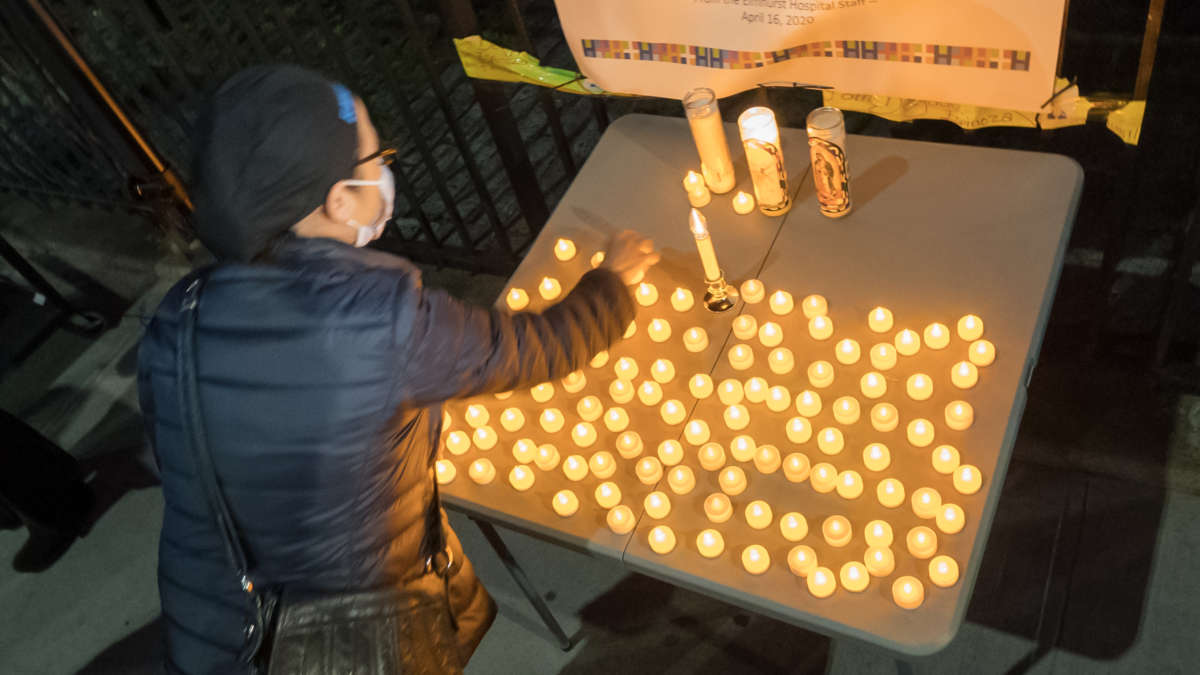 The U.S. death toll from COVID-19 hit a new milestone, surpassing the number of Americans who died in the prolonged conflict with Vietnam. Here, the Elmhurst Hospital Center in Queens, N.Y., holds a vigil for medical workers and patients who have died in the pandemic.
Image credit: John Nacion

In not even three months since the first known U.S. deaths from COVID-19, more lives have now been lost to the coronavirus pandemic on U.S. soil than the 58,220 Americans who died over nearly two decades in Vietnam.

While the number of lives lost in the U.S. during the pandemic and the U.S. death toll in that war are roughly the same now, the death rate from the coronavirus in America is considerably higher. It now stands at about 17.6 deaths per 100,000 inhabitants.

The pandemic has also been marked by nationwide death tolls surpassing 2,000 on six days this month. The highest daily toll for Americans fighting in the Vietnam War was on Jan. 31, 1968, when 246 U.S. personnel were killed during the Tet Offensive.

There are other parallels — as well as contrasts — between that conflagration and what’s unfolding now.

It was television that brought a war on the other side of the world into Americans’ living rooms for the first time, as on-the-ground reporters chronicled the grinding mayhem of Vietnam for evening network news shows.

By the same token, this pandemic may be the first ever to be televised on a daily basis.

But while the five presidents — from Dwight Eisenhower to Gerald Ford — who held office during the Vietnam conflict only occasionally spoke to the nation about the clash, the American public has seen President Trump casting himself as a wartime leader and dominating lengthy news conferences televised live nightly from the White House.

The claims Trump has made in his pandemic pronouncements — from saying his administration had “tremendous” control over the virus to promising it would “miraculously” go away to accusing the news media of trying to “inflame” the outbreak — have done little to boost his credibility. Fewer than a quarter of the respondents in a recent nationwide poll professed a high level of trust in Trump.

Likewise, as early as 1966, critics of President Lyndon Johnson’s upbeat portrayals of an increasingly unpopular war pointed to a “credibility gap.” It was defined by then-Sen. Ernest Gruening, D-Alaska, as “a euphemism for what actually goes on — namely, that the American people are being misled by their government officials.”

Vietnam hasn’t reported a single COVID-19 death, and as of April 24, it had 268 confirmed cases.

A closer parallel to the total of lives lost so far to the pandemic in the U.S. may be the 2017-2018 flu season, the deadliest in the past decade. There were 61,000 influenza-related deaths nationally reported by the Centers for Disease Control and Prevention for a roughly eight-month period.