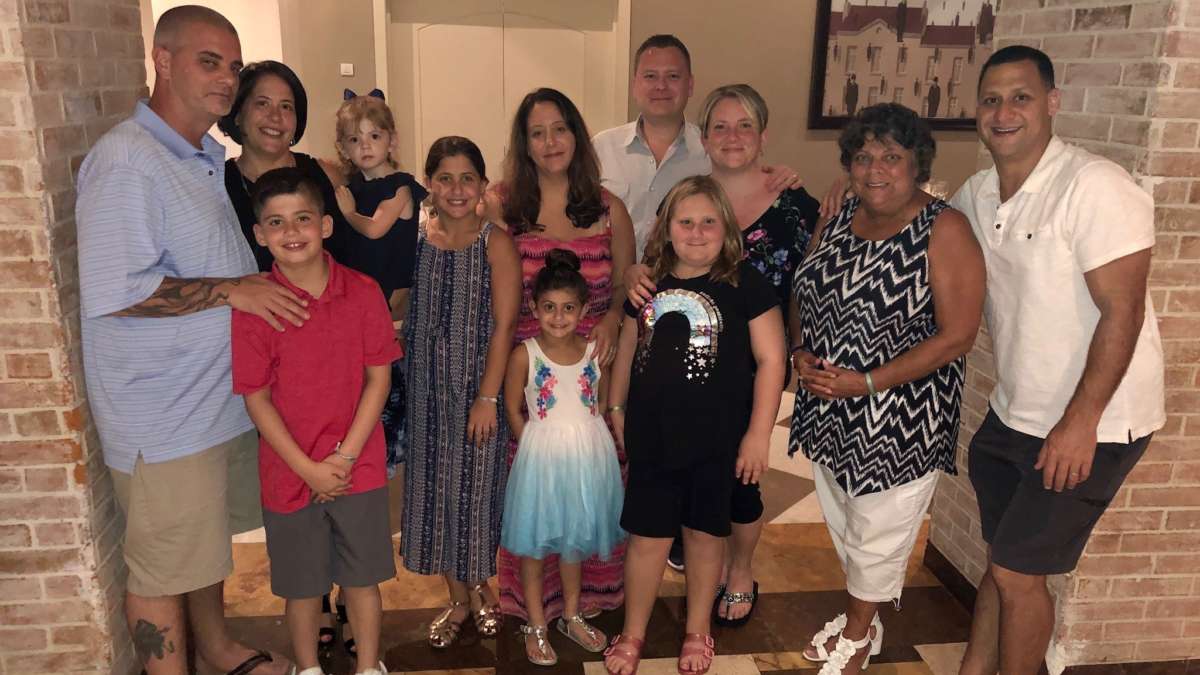 This photo from a trip last November shows the friends and family members whom Danielle Zonis (third from right) has chosen to quarantine with during the coronavirus pandemic. She started a Facebook group for others to discuss the choices they're making to stay safe.

At the start of the coronavirus pandemic, Donna Joe says her adult daughters had all kinds of advice to keep her safe. They signed up the 64-year-old retired civil engineer for online grocery delivery, shipped sanitizer to her home in Marietta, Ga., and checked in regularly to make sure she was following the latest protocols.

Joe says she missed being with her six grandchildren, though, and when her son invited her over, she jumped at the chance. But she waited until after the visit to tell her daughters.

“The two of them sort of went ballistic on us about not being cautious and we’re really taking a risk,” Joe says. Since then, things have calmed down, and they’re figuring out new ways to plan visits and help everyone feel safe.

Joe’s advice to others who encounter similar conflicts is to practice better communication when a conflict starts.

“I think maybe being a little more honest on the front end as far as your feelings go,” Joe says. Early on, she resented being told what to do, but she didn’t tell her daughters that. Joe says better communication at the start would have made it easier to work out their differences.

“My kids are really active, and we live in a townhouse community with a lot of other kids their age who they’re used to playing with all the time,” Dougherty says.

She let her kids continue to play outside because she didn’t want them in front of a screen all day. But a few other parents nearby chose to keep their kids indoors. Dougherty says one mother criticized her decision on social media.

“She posted a very ranting post saying that the parents who were allowing the kids in our neighborhood to play outside were awful parents and were contributing to other people dying,” she says.

Dougherty says she responded harshly to that post, so it has been awkward with that neighbor since.

She handled a situation with another neighbor who had a related complaint differently. Dougherty says that neighbor contacted her directly via text. She says the two disagreed but talked openly, resolved their dispute and remain friends.

In Sicklerville, N.J., Danielle Zonis has taken a very cautious approach for her family during the pandemic — wearing masks and consistently maintaining distance are important to her.

“I can count seven times that I have been out of my house,” Zonis says. She visits only with a tight circle of relatives and friends.

Zonis says she even declined wedding and baby shower invitations.

“There was no taking into consideration how the food would be prepared, where everybody would sit,” she says. “I want to know how we’re going to stay apart from each other but still try to be together.”

Zonis was surprised to see complaints on Facebook over things like having to wear a mask in stores.

“I wasn’t sure if other people were feeling like me or if I was crazy,” says Zonis. She asked a couple of friends on Facebook if they were as nervous about the pandemic as she is and found a group of like-minded people. They decided to launch the Facebook group “So…Are we still COVIDing?”

Within a few weeks, Zonis’ group had several hundred people from across the country, many of them navigating coronavirus conflicts. They share news and science articles, ask each other questions and share tips about the best ways to stay safe during the pandemic.