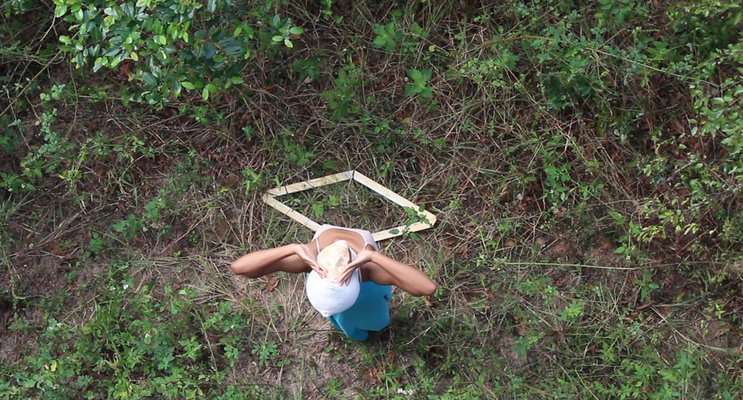 Sabur works in performance and multimedia installation, often incorporating video of herself performing ritualistic actions. In this show, the videos give the viewer the feeling of having trespassed on a secret rite, a hidden process by which Sabur physically unearths memory, transforming history into intention.

The title, Ibine Ela Acu, is in the now-dead language of the Timucua, the extinct indigenous Northern Florida people, and this show uses Florida’s history of violence and colonialism, as well environmental erosion, pollution and flooding, as the lens through which to examine identity and human physicality.

On Tuesday, October 2 , Sabur will invite the viewer to witness firsthand in a live performance called “A Derivation of Time.”

Galpin says, “Sabur’s performances suggest shapeshifting. Her body takes on a new form as she fully engages in a performance, at times establishing a trance-like state.”

The exhibition is on display through Dec. 12, but this Tuesday is your only chance to see this fierce art star in the making without the mediation of video.