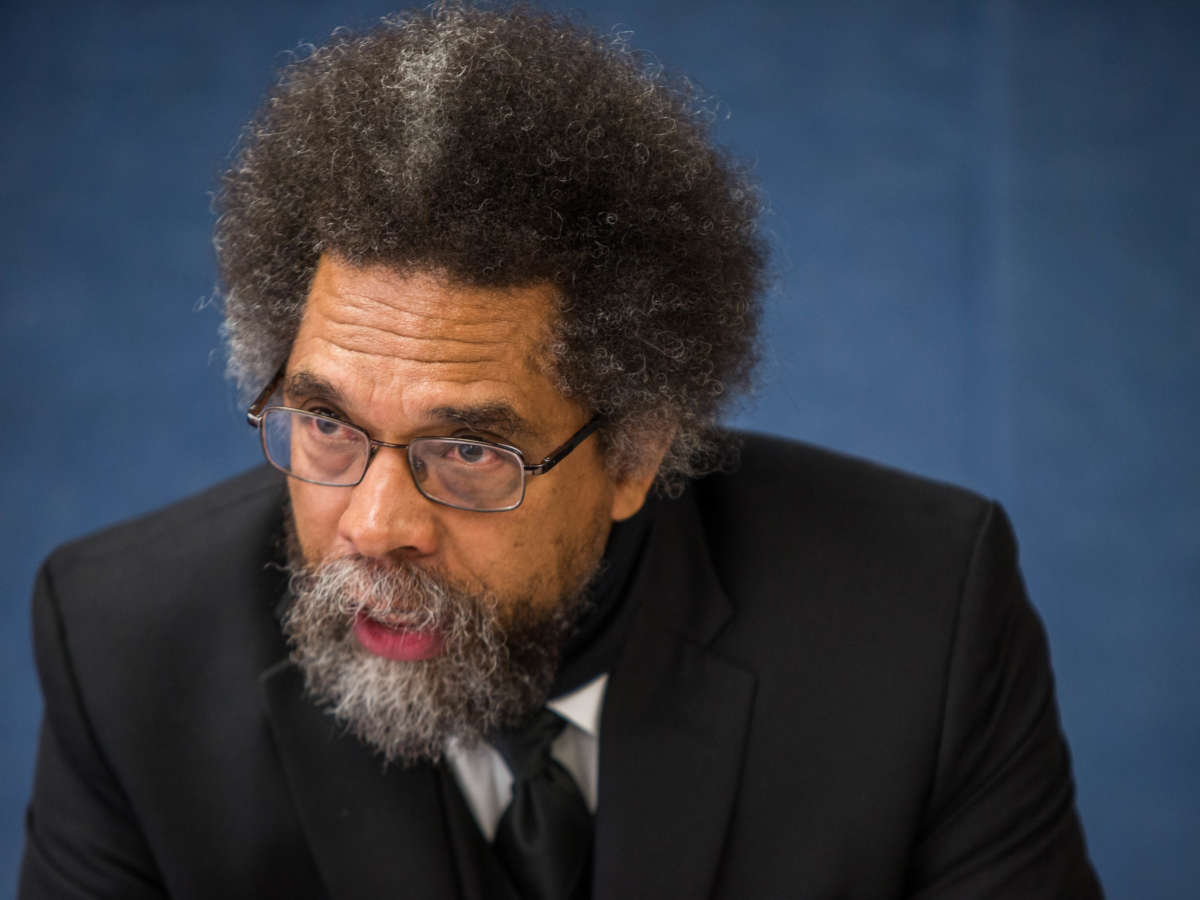 Cornel West, here at the National Press Club in Washington, D.C., in 2016, suggests in his resignation letter that politics were a factor in Harvard University's decision not to extend tenure to him.
Image credit: Zach Gibson

Cornel West, one of the nation’s foremost Black scholars and an outspoken progressive activist, has announced his resignation from Harvard University, accusing the school of “intellectual and spiritual bankruptcy of deep depths.”

West, who earlier this year said he was giving up his drive for tenure at Harvard Divinity School to rejoin the faculty at Union Theological Seminary, posted what he called “my candid letter of resignation” to Twitter late Monday.

In it, he writes that the “disarray of a scattered curriculum, the disenchantment of talented yet deferential faculty, and the disorientation of precious students loom large” at Harvard.

The 68-year-old scholar suggests in the letter that politics were a factor in Harvard’s decision not to extend tenure to him, citing his outspoken support for the Palestinian cause.

“We all knew the mendacious reasons given had nothing to do with academic standards. … I knew my academic achievements and student teaching meant far less than their political prejudices,” West says of the Harvard administration.

When reached by NPR, Harvard University declined to comment.

The battle over tenure echoes the recent fight involving another high-profile Black scholar, Nikole Hannah-Jones, who was originally denied tenure at the University of North Carolina at Chapel Hill. UNC later decided to grant Hannah-Jones, the Pulitzer Prize-winning journalist behind The New York Times‘ “1619 Project,” a position at the journalism school with tenure, but she declined and is now joining the faculty at Howard University.