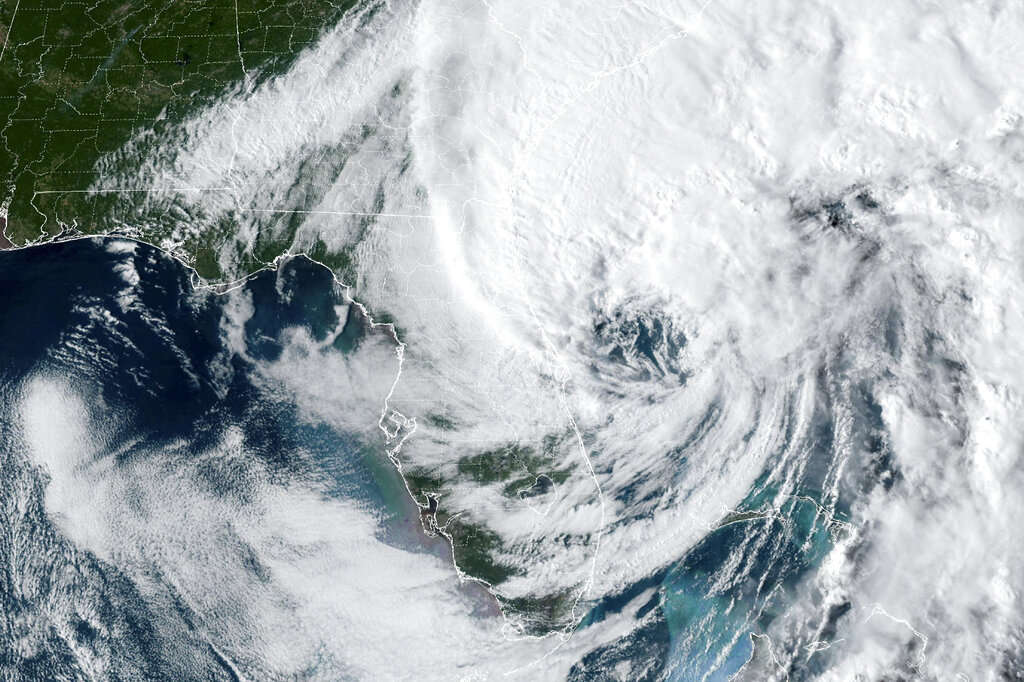 The Indian River Lagoon was stressed before Hurricane Ian swept through Florida. The storm caused widespread flooding here, and a lot of that water will flow into the lagoon.

WMFE environmental reporter Amy Green talked with Duane De Freese of the Indian River Lagoon National Estuary Program about what’s next for the lagoon after Ian.

DE FREESE: So there’s a huge amount of water in the watershed that’s got to go somewhere, and a lot of that will be heading towards the coast through our tributaries and groundwater to the Indian River Lagoon.

Right now water clarity is still turbid. So you know, we had a lot of turbidity with the wind, and there’s still a lot of what I would call color, so a lot of tannins in the water.

But remarkably the water clarity still seemed to be pretty good in a few areas that I looked, considering all the wind and all the impacts. But I think that’s going to change as we move into the next few weeks.

GREEN: The Indian River Lagoon has been stressed for many years because of stormwater runoff and nutrient pollution that have triggered harmful algae blooms, most notably leading to this horrible manatee die-off we’ve had in Florida. How will Hurricane Ian affect that?

DE FREESE: I don’t think there’s any good news in that regard. The end of 2021 and most of this year we had really good water clarity, some of the best we had seen lagoon-wide in a decade. We haven’t had any discharges down in the southern end of the lagoon from Lake Okeechobee.

So water clarity was good, and with that water clarity we began to see some exciting recovery of seagrasses in some areas, not all. When you add the stormwater runoff associated with a system, the very heavy winds and turbidity — and that will go down relatively quickly — these are all additional stresses to seagrasses.

And none of them are good for seagrass growth as we move into fall, and we still have two months left of the season — let’s hope it’s quiet.

And so I am concerned about manatees again this year as we move forward.

GREEN: Could Hurricane Ian help the Indian River Lagoon by giving it a good flushing?

DE FREESE: You hear that from the general citizenry, and the answer is, no. This idea of flushing the system, it just doesn’t work that way.

We have a system it’s 156 miles long. Our exchange with the ocean is limited, through the small, restricted inlets. And so the pressures — and this is something that many people don’t understand or overlook — that if you look at the problems that we have with the Indian River Lagoon over the last really 50 years, it’s all about what we’ve done on land.

It’s all about what’s happening on the mainland with inadequate stormwater, inadequate or aging wastewater, septic systems.

And so those inputs coming from the land, and I mean from a distance. It’s not just the shoreline properties but our tributaries extend westward all the way to I-95 and beyond in some cases.

And so this idea that somehow all of this added water is somehow going to benefit the system just simply doesn’t work that way.

So we’re going to see increased nutrients with the stormwater. So all additional stress on a system that’s already stressed.