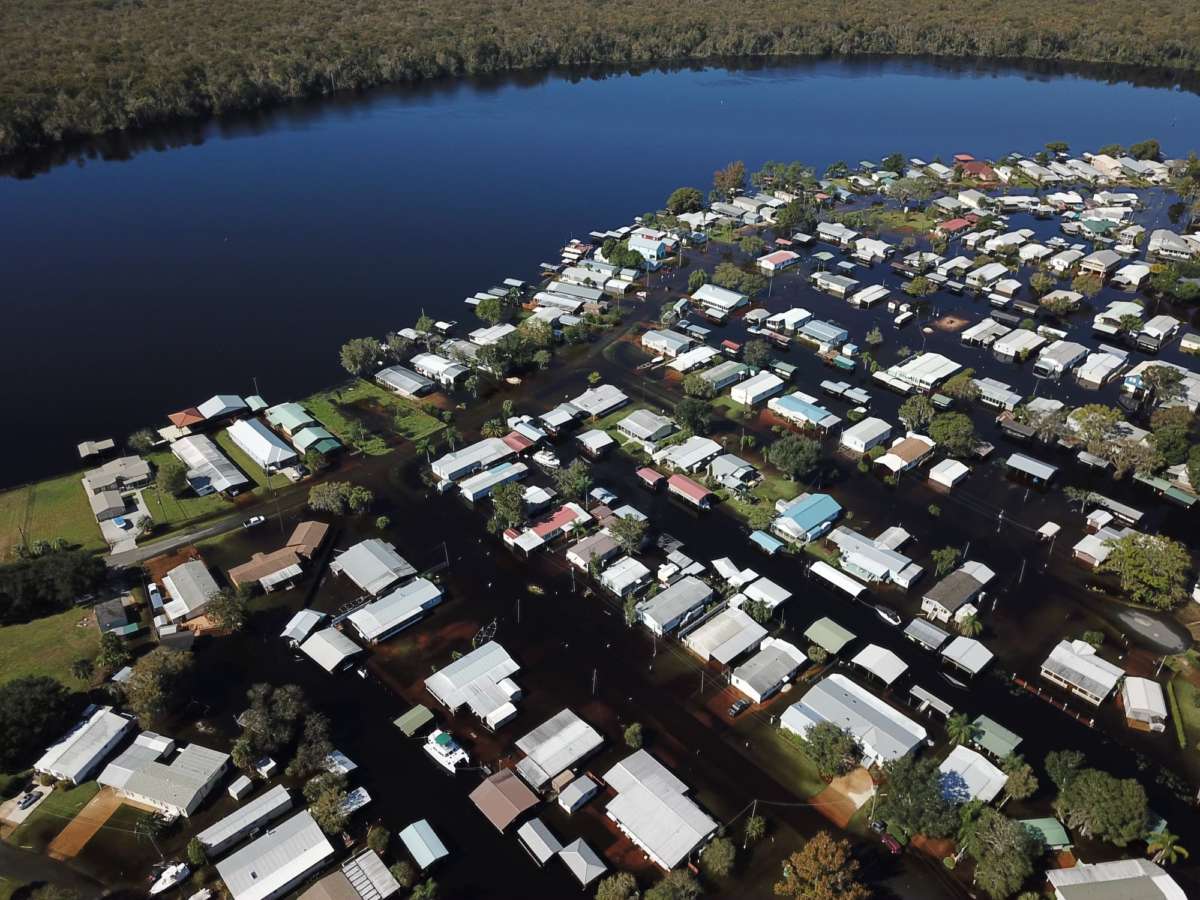 Hurricane Ian has flooded homes all along the St. Johns River. High waters after the hurricane also are stressing the river itself.

WMFE environmental reporter Amy Green talked with St. Johns Riverkeeper Lisa Rinaman about how the hurricane has affected the river, and how communities along its banks could experience more flooding.

RINAMAN: Sadly the river has crested its banks and is running into many homes. There’s about 200 homes that have been flooded in Welaka, Fla. Water standing in driveways as well as in streets and homes in that area. Astor community is flooded. And so we’re sadly you’re seeing it over its banks in many stretches from Brevard County all the way up to Putnam County.

RINAMAN: Sure. So with the St. Johns River watershed is at 8,800 square miles, and so when you have a significant historic rain event like we just did, that water is continuing to pulse through the system.

And when you have flooding, not only do you get water into homes and cause property damage. It washes in a lot of pollution and debris into the St. John’s.

So we’re gonna see, there’s sewage running into the river. So there’s bacteria issues, long-term impacts with nutrient pollution and potentially resulting toxic blue green algae. And then just debris, a lot of reports coming in, people are finding docks and boats in their backyard as opposed to a nice flowing river. We’re seeing lots of debris that will need to be cleaned up as well.

RINAMAN: It can be extremely harmful. After Hurricane Irma all the rainfall that washed through the system wiped out all the submerged grasses, from Lake George north. And those submerge grasses are the kidneys of the river. So you have less biofiltration to get the pollution out. And when you lose those grasses, and also you lose important habitat nurseries for our fisheries and for manatees.

GREEN: When is the St. Johns River expected to crest, and what does that mean to communities along the banks there?

RINAMAN: It’s different in different areas depending on where you are. Fortunately communities are staying on top of watching the water levels. In Putnam County it’s already going back down. But then you may see more pulsating through the Astor area in particular because it’s such a narrow place within the St. Johns River.

GREEN: Could there be much more flooding of communities along the St. Johns River in the coming days?

RINAMAN: Yes, there are actually flood watches out for the, into midweek.

GREEN: And Lisa Rinaman, a lot of listeners may be wondering where is all this water eventually going to go? And why does it take this long for this flooding to subside like this?

RINAMAN: Well, again, with the 8,800 square-mile watershed that’s made up of creeks and streams and swamps and wetlands, you have a lot of water pulsing through the system. And it’s actually good for it to move slowly through wetlands, but that you know, it continuously will make its way out to the Atlantic Ocean. But it first has to travel all the way up past you know, just north of Jacksonville to make it to the ocean.

And so you’re continuously to see the runoff and the waters rise, as you have everything coming from the headwaters. The river begins it’s 310-mile journey just west of Vero Beach. And so it travels a long distance in collecting all this rain and floodwater along its way.