CONVERSATIONS: How Lake Okeechobee Discharge Decisions Are Made 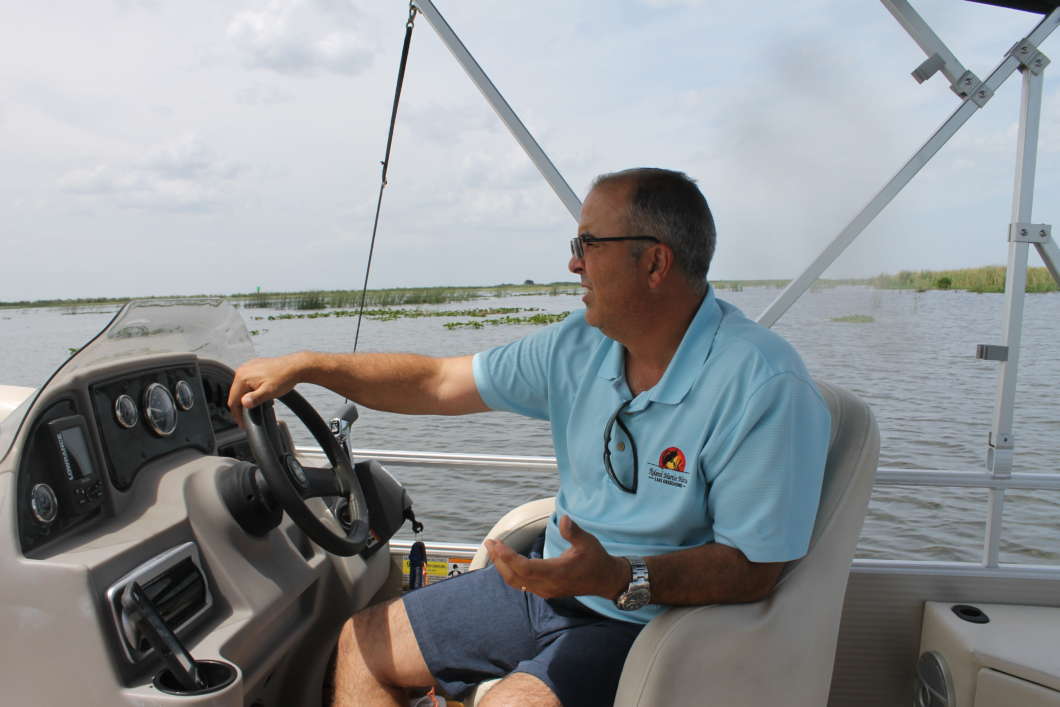 The algae began in Lake Okeechobee and is spreading after the U.S. Army Corps of Engineers initiated flows to the adjoining Caloosahatchee and St. Lucie rivers.

Here to explain some of the water management decisions behind this toxic algae is 90.7 environmental reporter Amy Green.

Shawn Burke: Amy, how much algae are we talking about?

Amy Green: It’s a big problem. As much as 90 percent of Lake Okeechobee has had toxic algae, according to satellite images provided by the National Oceanic and Atmospheric Administration. I’ve heard pretty much all of the Caloosahatchee estuary has had algae. There are worries the algae is spreading into the southern Indian River Lagoon.

Burke: You mentioned the blooms are spreading after the U.S. Army Corps of Engineers initiated flows from Lake Okeechobee to the Caloosahatchee and St. Lucie rivers. But how do they decide how much water is going to flow where and when?

Green: At the heart of these decisions are a team of just under 10 people and a document called the Lake Okeechobee Regulation Schedule or LORS. And this team, it’s like the water management team of the U.S. Army Corps of Engineers’ Jacksonville district, these people use the LORS as a guide in making these very complex and important decisions.

Burke: Who is most affected by these decisions?

Green: People like Ramon Iglesias, manager of Roland and Mary Ann Martins Marina in Clewiston, on Lake Okeechobee’s southern shore. He was nice enough to take me out on the lake just a few days ago.

“Our customers are calling us, they think it’s 90 percent covered with a bright sheen of algae that is guacamole-thick, and that’s not the case,” Iglesias said.

Green: And he was right. The algae looked more like a million tiny green air bubbles. It wasn’t this thick stuff that looks like rotting guacamole and smells like excrement that you’re seeing in places like basins and canals where there are no strong currents. It was a nice afternoon on the lake. Lake Okeechobee is the state’s largest lake. Tourism is a top industry in Florida. These decisions affect all of us. But for people like Iglesias, he talked to me about cancelled reservations. For people who make a living on these waterways this algae is a disaster.

Burke: 90.7 environmental reporter Amy Green. Thanks for joining us!

Green: You are welcome.