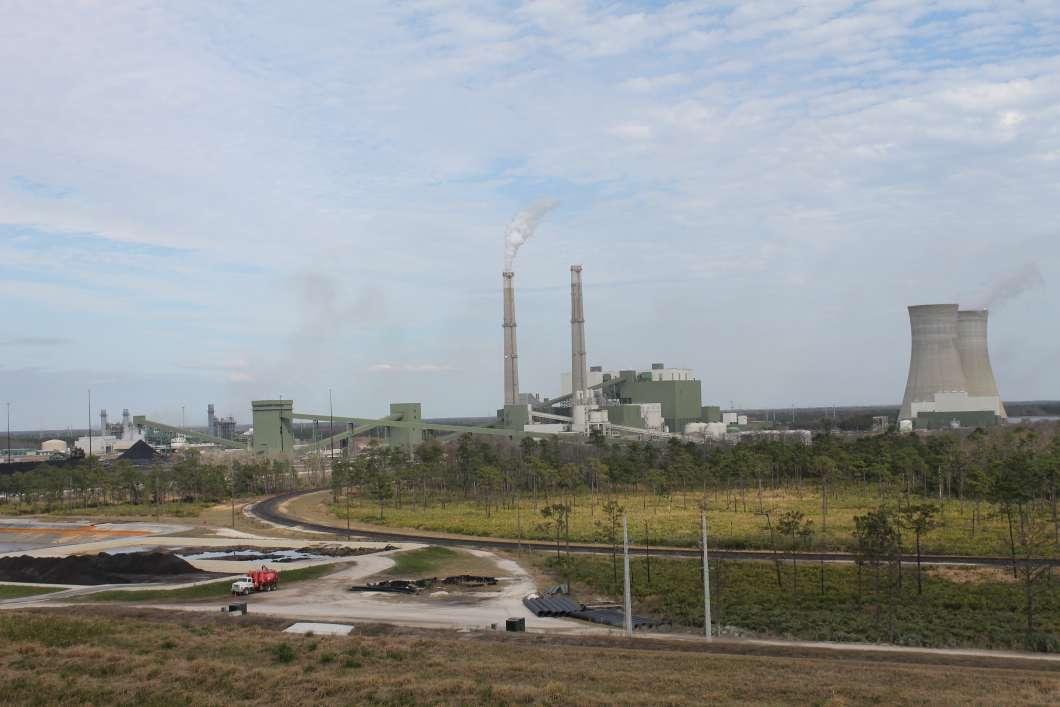 Amy Green: My investigation started with the question: Who are central Florida’s biggest polluters?

Nicole Darden Creston: Amy Green covers the environment. And this week we are marking Sunshine Week, which was established by the American Society of News Editors to highlight the importance of freedom of information and open government. Amy, how did you begin your investigation?

Green: I filed a public records request with the Environmental Protection Agency for toxic emissions data available through the Toxics Release Inventory.

Darden Creston: And can you explain what that is?

Green: Anytime a facility manufactures, processes or otherwise uses certain toxic chemicals above established levels, the facility must report that activity to the EPA, and the EPA compiles that information into the Toxics Release Inventory.

“It’s sort of like understanding what the toxic chemicals are that can impact us and our natural resources and to look for opportunities to make those risks better understood and more visible to the public and as a result to give that industry an incentive and boost to try to reduce those because no industry wants to be at the top of that list.”

More than 650 chemicals are monitored under the program, typically those causing significant health problems like cancer and chronic issues and significant environmental problems. Facilities that must report their use are larger facilities that include chemical manufacturing, electric power generation, hazardous waste management and metal mining.

Darden Creston: Now, it’s important to point out these emissions are NOT necessarily dangerous. The EPA regulates this activity through permitting. The agency says the program’s goal is transparency. Amy, were you surprised by who was the biggest polluter?

Green: That’s right, Nikki. And yes, I was surprised.

I defined that in terms of biggest amount of on-site releases in pounds over a five-year period, because I felt one bad year doesn’t necessarily tell us very much. And on-site releases include air, land and water releases and other methods of disposal.

Darden Creston: So who was the biggest polluter?

Green: The biggest polluter was Stanton Energy Center, with on-site releases totaling more than 5 million pounds from 2012 through 2016.

By comparison the next two biggest polluters were boat companies, Boston Whaler and Nautique. Boston Whaler released 1 million pounds over the same period. Nautique released 700,000 pounds. Kind of interestingly, Kennedy Space Center was way down the list, releasing fewer than 10,000 pounds over that five-year period. I mean, they’re launching rockets into space. I would have thought that would generate more toxic waste.

And just to put things in perspective, Osceola County – I mean the entire county – had on-site releases totaling 11 pounds between 2012 and 2016. And remember, on-site releases include air, land and water releases and other methods of disposal. Eleven pounds. You know Abe Aboraya, our health care reporter?

Green: Well, he told me that is what his 1-year-old daughter weighed not very long ago. So you can imagine, Stanton Energy Center’s 5 million pounds in releases add up to a lot of babies.

So I scheduled a tour of Stanton Energy Center.

“So here’s a better view from here. So those are your coal plants over there, and over to your right are the natural gas plants.”

Stanton’s nuclear-looking stacks have this kind of looming presence in southeast Orlando. But the plant isn’t nuclear. It’s one of the state’s largest electric plants, using coal, natural gas and solar to power all of Orlando, parts of Orange and Osceola counties and even scattered communities across the state’s mid-section including Bartow, Lake Worth and Vero Beach.

Trudell introduced me to two people who could help show me around.

The primary chemicals of concern here are sulfuric acid, manganese compounds and hydrochloric acid. Merriam says the plant’s emissions are below limits.

“Part of it is in the combustion of the coal, some of the minerals that sit in that. Other parts of it are actually the chemicals we inject into the system to reduce SO2, SO3 and some of the other things that could be very harmful to you.”

After the coal is burned the ash is mixed with other chemicals until it hardens. The material is stacked in layers in an on-site landfill lined with clay and sand to prevent seepage into the groundwater. The landfill was established in the mid-1980s, and today about a third of it is full.

Probably what everyone is most concerned about is what appears as smoke curling from those nuclear-looking stacks. That actually is steam. The water goes through a cleaning process several times.

Most of the power here comes from coal and natural gas, but solar is expanding, Nikki.

Darden Creston: Amy Green, now let’s point out again these emissions are NOT necessarily dangerous. The EPA regulates this activity through permitting. But are there neighbors who are concerned about Stanton Energy Center?

The plant is located in a residential area, Avalon Park. A middle school is right there. I talked with Michael Rovito, who teaches health sciences at the University of Central Florida and lives a mile from the plant with his wife and 2-year-old daughter. They actively are looking to move because of the plant.

He says a lot of neighbors are very concerned.

“The problem with these is that you have this bio accumulation. So it stores in our fat, everywhere. Usually in our fat, though. It’s like the longer you live around something the more you accumulate it in your body.”

Darden Creston: What else did you learn from this toxic emissions data you got from the EPA?

I was surprised to see two boat companies among the biggest polluters, Boston Whaler and Nautique. The chemical of concern here is styrene, which is used to make fiberglass.

Now, I called Boston Whaler and Nautique, and both declined comment. But I was able to reach John McKnight of the National Marine Manufacturers Association. He likened this manufacturing process involving styrene to spray-painting your house.

And he says these emissions are regulated by the EPA and Florida Department of Environmental Protection.