Contractor Freed By Cuba Will Get $3.2M From U.S. 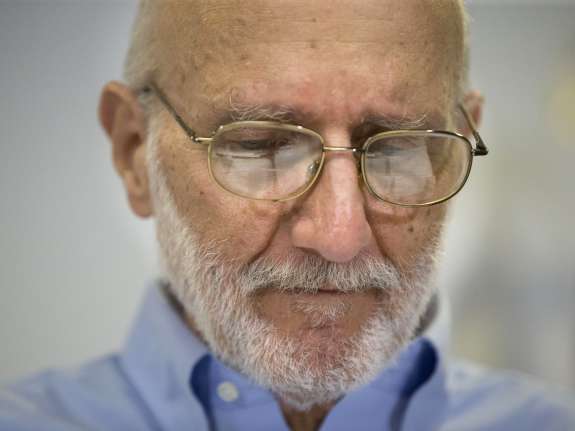 Alan Gross pauses during a news conference at his lawyer's office in Washington on Dec. 17. The federal government will pay him $3.2 million as part of a settlement with the company that employed Gross when he was arrested in Cuba in 2009.
Image credit: Pablo Martinez Monsivais

Alan Gross, the former USAID subcontractor who spent five years in a Cuban prison before his release last week, will get $3.2 million from the federal government, part of a settlement with the Maryland-based company for which he worked at the time of his arrest.

The U.S. Agency for International Development, in a statement, said it had finalized a settlement, agreed to in principle in November, with Development Alternatives, Inc.

“The settlement … calls for payment by USAID for unanticipated claims under the cost-reimbursement contract, including claims related to Mr. Alan Gross,” the statement said. ” The settlement avoids the cost, delay and risks of further proceedings, and does not constitute an admission of liability by either party.”

Gross and his wife had sued the federal government and DAI for gross negligence last year, but a federal judge rejected that claim. The decision was upheld last month on appeal.

As we’ve previously reported, Gross had been working on a program to improve Internet access for Jewish Cubans. During several trips to Cuba he had covertly distributed laptops. He was arrested in 2009, found guilty by a Cuban court of crimes against the state in 2011 and sentenced to 15 years in prison.

The Cuban government announced Dec. 17 that it would free Gross, who had been suffering from poor health, as a humanitarian gesture. That move, along with an exchange of jailed spies, was part of an announcement by the U.S. and Cuba to normalize relations after more than five decades.