Congressman Soto Says U.S. Postal Service Must Be Protected Ahead of General Election 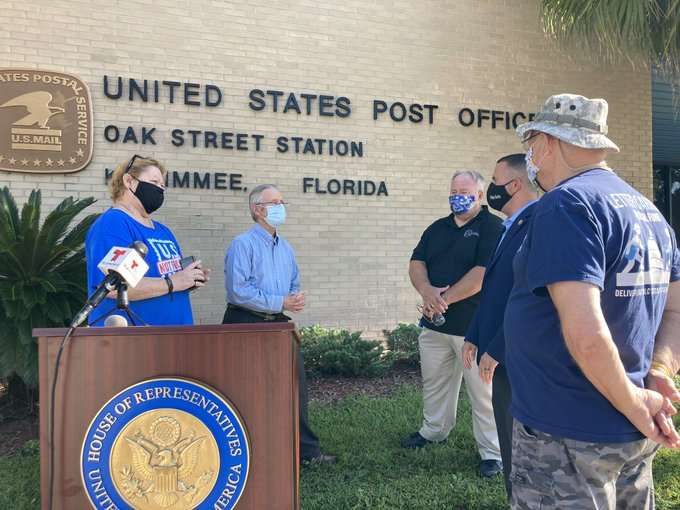 Central Florida Congressman Darren Soto is calling for any operational changes to the postal service to be put on hold.

Floridians count on our Postal Service every single day. For Pres Trump to hold it hostage from those who need timely mail—in the middle of a pandemic—is despicable. Before a largely vote by mail election, it’s unconscionable. Today, we’re in Kissimmee to say #DontMessWithUSPS! pic.twitter.com/pGDbEjLFV3

The Democratic congressman says the USPS has warned this could affect normal mail delivery and limit the number of vote-by-mail ballots that make it to supervisors of elections by 7 p.m.

“In the meantime, my advice to Florida voters for today’s primary election is to drop off your ballot at the designated polling place or at the supervisor of elections. And for the general election, I urge Florida voters who want to vote by mail to send your ballot in at least 7 to 10 days early.”

Soto says as a backup option, residents should vote in-person as long as they take the necessary precautions.

“If you choose to vote early or on Election Day in person, wear a mask, maintain social distancing and wear gloves or bring hand sanitizer to stay safe and exercise your right to vote.”

Soto says the House will vote on a bill that would ban any changes to the service until Jan. 1 2021 or the end of the pandemic.

Republican Senator Marco Rubio said he was concerned ballots wouldn’t be counted because of the volume of mail, not the actions of the Trump administration.

#Florida’s mail-in voting works & the @USPS tells us the changes they have made are routine.

Nevertheless,we must do whatever is needed to make sure the expected surge in mail-in ballots nationally does not overwhelm the Postal Service or undermine confidence in our elections.