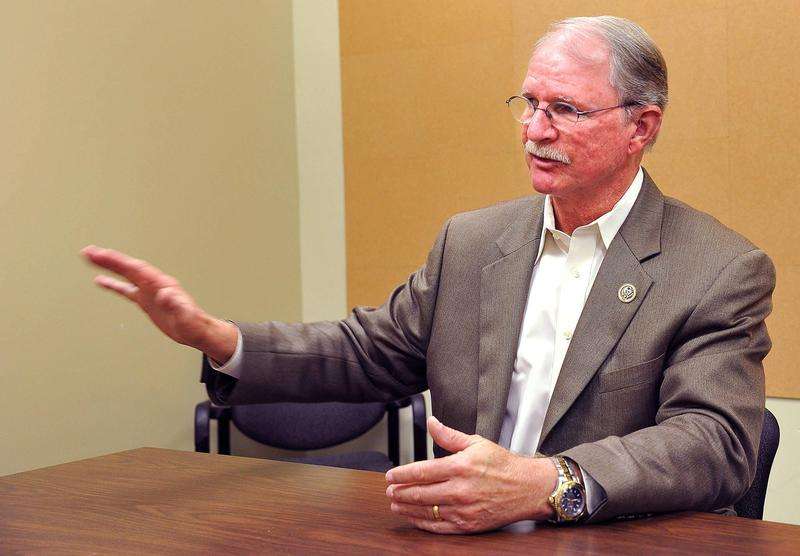 The tests work by using airguns to send sound waves through the water to image the sea floor. The waves then bounce back to deliver information about the location of buried oil and gas.

The Republican has teamed up with Democratic New Jersey Congressman Jeff Van Drew to introduce a bipartisan house bill they’re calling the Atlantic Coastal Economies Protection Act, in response to the Trump administration approving the search for oil and natural gas off the Atlantic Coast.

“I was disappointed to see NOAA Fisheries advance efforts to conduct seismic testing off our Atlantic Coast – the first step to offshore drilling,” wrote Rutherford, in a December letter to Interior Ryan Zinke and Commerce Wilbur Ross following the administration issuing of the IHAs. “I am very concerned about the effects seismic testing would have on vulnerable marine mammal populations.”

Rutherford’s letter urging Zinke and Ross not to allow the seismic testing was signed by a bipartisan group of 93 members of congress.

Proud to join my colleague @CongressmanJVD in introducing the bipartisan Atlantic Coastal Economic Protection Act, which will protect the Atlantic Coast from seismic testing in federal waters, the first step towards offshore drilling. #ProtectOurCoast #NoSeismic #BlocktheBlast

The Atlantic Coastal Economies Protection would place a 10-year moratorium on the practice along the country’s east coast, from Maine to Florida. The legislation has gotten support from a broad coalition, including conservationists, business owners, and recreational fishing associations.

“The waters off the East Coast are home to vulnerable mammal populations, military operations, tourist destinations, and a vibrant maritime economy, said Rutherford.

“Allowing seismic testing in the Atlantic is unnecessary and potentially hazardous to the coastal communities that rely on a healthy ecosystem,” said Rutherford. “The U.S. should not jeopardize our coastal economy by expanding seismic testing and offshore drilling, particularly when our energy needs continue to be met.”

So far, there is not a companion bill in the senate.