Congress Will Get A $1.1 Trillion Omnibus Spending Bill This Week 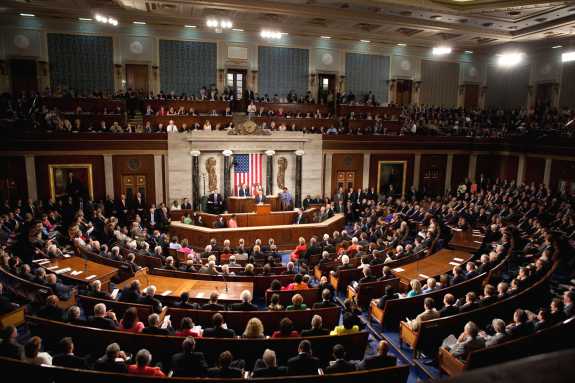 Faced with a Thursday deadline to finance the U.S. government, leaders of both parties in Congress have worked out a $1.1 trillion spending bill to fund the government until October 2015. But a vote isn’t likely to come before the day of the deadline.

The House Committee on Appropriations gives an overview of the newly published bill:

“The bill includes full Appropriations legislation and funding for 11 of the 12 annual Appropriations bills through the end of the fiscal year, September 30, 2015. The 12th bill, which funds the Department of Homeland Security, is also included in the legislation, but is funded under a temporary ‘Continuing Resolution’ mechanism that expires on February 27, 2015.”

The omnibus spending bill also “provides no new funding for ObamaCare, and holds the line on funding for the IRS and the Centers for Medicare and Medicaid Services,” according to the news release.

“The House will be voting on the bill first,” NPR’s Ailsa Chang reports on All Things Considered. “That’s likely to be Thursday.”

That brings up a problem: If the bill passes, the Senate would only have hours, not days, to work through it and hold its own vote.

“That could theoretically happen,” Chang says, “but it requires getting all the Senate Republicans to agree to bypass some procedural rules and fast-track it. And the Senate is a funny, traditional place: it only takes one senator to object to all of that.”

Chang adds that some senators are against the current bill “because it would fund the president’s executive action on immigration, at least in the short term.”

The bill’s pricetag matches the $1.1 trillion spending bill Congress approved at the start of this year. And that bill, which President Obama signed into law in January, had strong support on Capitol Hill, winning approval in the Senate by a 72-26 vote and in the House by a 359-67 margin.

If the spending bill is delayed, Congress could take up a continuing resolution that would provide a cushion of several days to let legislators take up the larger bill. And some on Capitol Hill have predicted that Congress could also take up a hybrid legislation that funds some government programs on a short-term basis, while others get full funding.

That idea has a nickname: “cromnibus,” a portmanteau word that combines continuing resolution (CR) with omnibus.