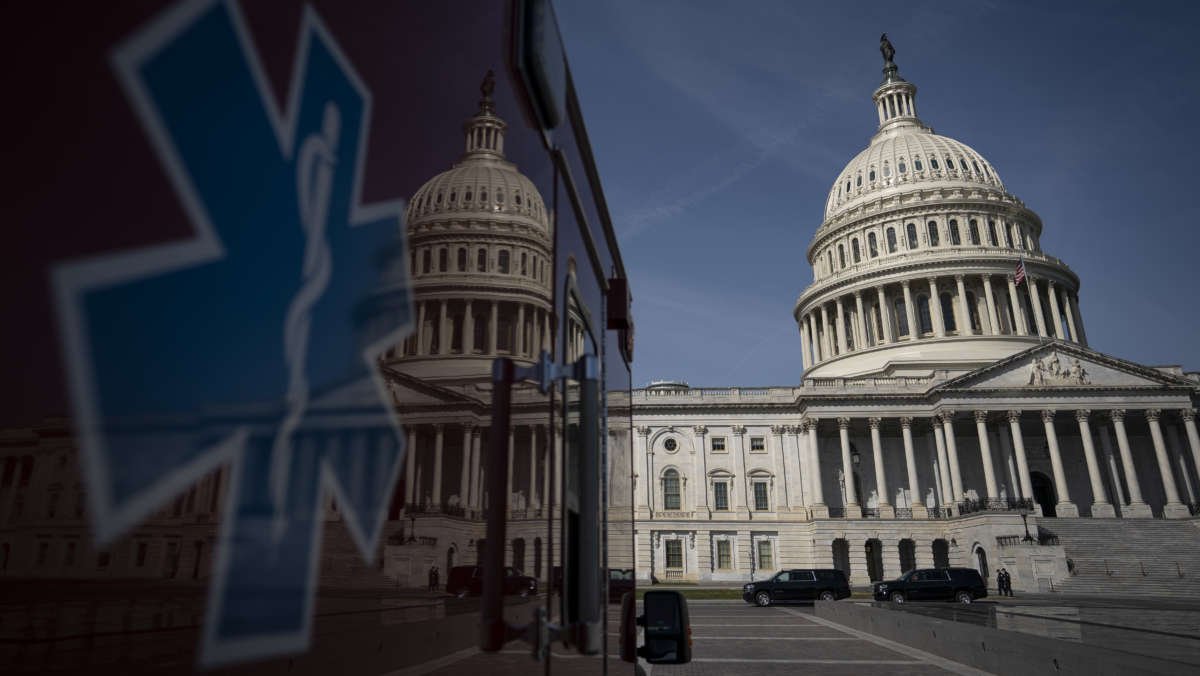 Even as Congress has yet to sign off on a second, major package to address the coronavirus crisis, lawmakers are starting talks on a new, massive emergency funding plan to address some of the country’s increasingly dire economic concerns.

“We need big, bold, immediate federal action to deal with the crisis. The kinds of targeted measures we are putting together will mainline money into the economy and directly into the hands of families that need it most,” Schumer said on the Senate floor in outlining the plans. “Importantly, this proposal will ensure that our medical professionals have the resources — including physical space and equipment — they need to provide treatment and keep Americans safe.”

The proposal also comes as the spreading virus continues to pose a direct threat to Capitol building operations, as several lawmaker offices remain closed as a result of at least two coronavirus cases among current, D.C-based Hill staffers.

The House, meanwhile, remains on a planned recess this week, which could be extended. And House Speaker Nancy Pelosi on Monday urged many of those staff workers to telecommute in the interim.

The Senate, however, cancelled its planned recess this week to take up the second coronavirus bill that addresses paid sick leave and a boost in testing. Some Democratic senators expressed ire on Monday that they couldn’t vote on the bill sooner in order to reduce risk of another gathering in the midst of the coronavirus outbreak.

“What you see today on the floor of the United States Senate is exactly the opposite of what we are being advised as a nation we need to do,” Democratic Illinois Sen. Dick Durbin said. “Most people are listening to the advice of the medical workers, but unfortunately we were required to come back today from across the United States.”

So far, no elected member of Congress has disclosed testing positive for COVID-19, the illness caused by rhw coronavirus. However, at least two senators — GOP Sens. Ted Cruz of Texas and Rick Scott of Florida — remain under self-quarantine after exposure to individuals who tested positive. And over recent days, at least four lawmaker offices have disclosed coronavirus exposure.

“I know that senators on both sides have spent the last several days carefully studying the House proposal,” McConnell said in a speech on the Senate floor Monday. “I know that all of us are eager to act quickly to support American workers, families, and small businesses.”

McConnell has already said he is in communication with the chairmen of eight committees about additional legislation that will be required and bipartisanship will be key. And the next steps entail additional legislation providing financial aid to individuals, shoring up small businesses and protecting the health care system.

But Romney noted the Senate needs to approve the second aid package first.

“I will be pushing these measures as Senate discussions continue about an additional relief package,” he said in a statement.

Arkansas Republican Sen. Tom Cotton also suggested it was time for “extraordinary measures” and said he was working on his own cash plan for families.

“I’m working on legislation to get cash stipends to affected workers and their families so they can buy food and pay the bills during this crisis,” in addition to working on aid for businesses, Cotton said on Twitter.