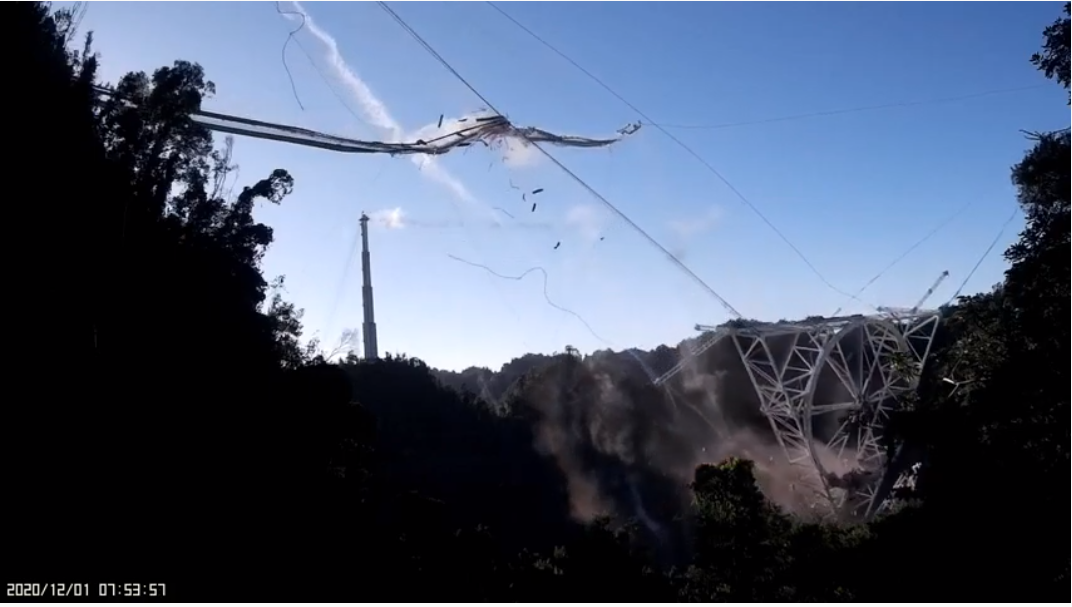 Congress is asking the National Science Foundation for answers on the collapse of the Arecibo Observatory in Puerto Rico.

The NSF has 60 days to report to Congress on the cause of the collapse, plans to remove debris and the process for determining what will replace the huge radio dish.

The Observatory, which is managed by UCF and funded by the NSF, suffered a snapped cable earlier this year followed by another cable snap that resulted in the collapse of the dish.

Before the final collapse, the NSF determined that repairs were impossible and decommissioned the dish.

Arecibo’s 305-meter radio telescope helped search for alien life and tracked nearby asteroids. A petition to rebuild the dish has reached over 84,000 signatures