Confusion In The Kitchen? Thanksgiving Help Lines Are Just A Call Away 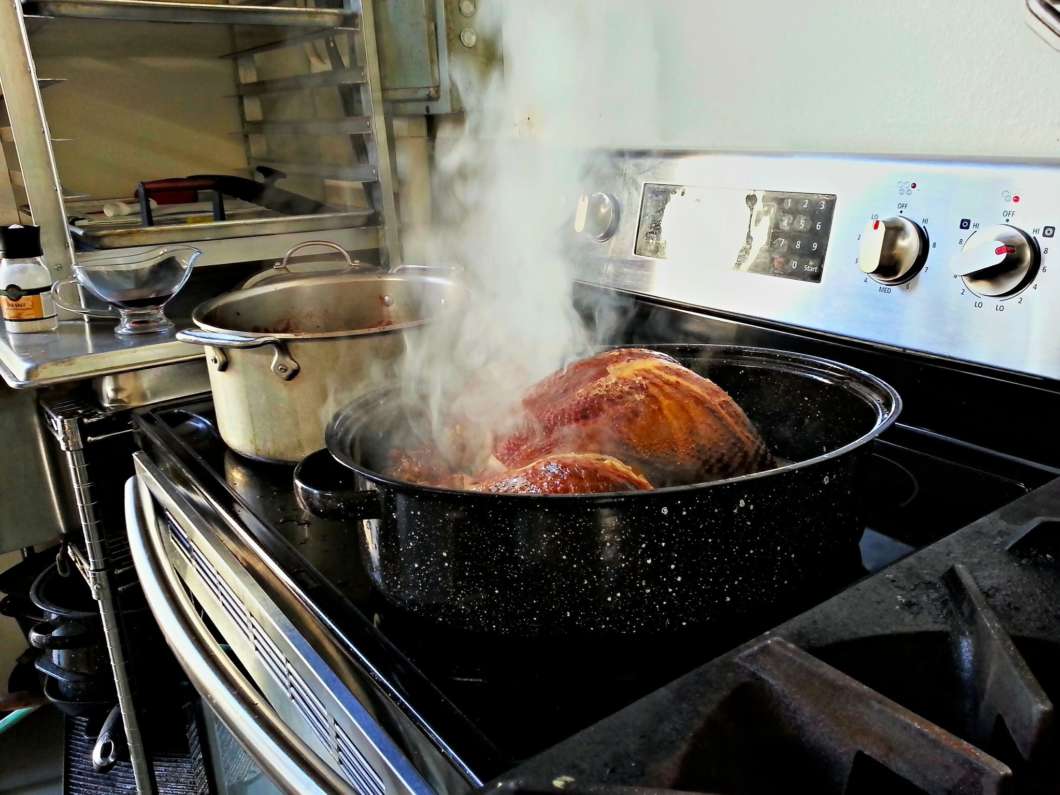 This Thanksgiving season, thousands of cooks across the country will reach out to food help lines. One such service, the Butterball Turkey Talk Line, has 50 experts on call from early November through Christmas.
Image credit: Diana Haronis

Turkeys frozen solid, ovens filling with smoke, and refrigerators stacked to the brim: For many, Thanksgiving meal prep means a kitchen in chaos. Luckily, several major food companies are throwing cooks across the country a lifeline — or, more specifically, a help line.

Basters and bakers can call a number of different hotlines for their turkey, dessert, and even cranberry needs. Many of these services also offer help through online chats, text messaging, email, and smart speakers such as Amazon Alexa.

Experts at the Butterball Turkey Talk Line have been solving poultry-related problems in kitchens across the U.S. and Canada for nearly four decades.

“When it first started 39 years ago … there was just a mere five home economists, all female at that time, [and] they housed all their information on an old school rolodex,” said Nicole Johnson, the director of the Butterball Turkey Talk Line. “And certainly we’ve evolved with technology and trends and now we’re 50 strong, men and women answering the phone.”

Johnson has been with Butterball for 18 years and works full-time, year-round. Fifty seasonal staffers from across the food industry join her in November and December. They answer calls, emails, and social media queries from an office in Naperville, Ill., about an hour outside of Chicago.

The line is officially open Nov. 1 through Christmas Eve, and is also operational on Canadian Thanksgiving in October. The rest of the year, it connects to the consumer affairs department, which can address off-season questions about things like ground turkey and turkey bacon.

The team also does preseason work in the test kitchen, Johnson said, and consolidates all of its information in an online reference binder. For example, they researched and experimented with air fryers over the summer after seeing an increased interest in that method among millennials.

“There’s really a lot of ways you can prepare your turkey, and we have it all here in our computer system,” Johnson said. She always emphasizes using a meat thermometer, no matter how the turkey is being prepared (it should register 170 degrees Fahrenheit in the breast and 180 degrees in the thigh for best eating quality).

The most common question they get is about the best way to thaw turkeys (Johnson says refrigeration if they have the time, cold water bath if they’re in a crunch). She said staffers also tackle a lot of turkey-adjacent topics, such as which wines pair best and how many slow cookers home chefs can plug in at once.

Groups of family members often call in to settle debates over turkey preparations, and first-time hosts may reach out from the grocery store and have hotline operators walk them through what to buy, Johnson said.

“They’re so grateful that we’re here, and that human connection on the other side says a lot as well,” she added.

Butterball may be the most high-profile of the seasonal help lines, but it is far from the only such service.

Ocean Spray offers a year-round hotline, answering cranberry questions by phone and over social media. It gets roughly 150 calls a day in the off-season, and approximately 400 each day between Thanksgiving and Christmas, according to a hotline operator named Kristy who said company policy prohibited her from providing her last name.

Eight employees work at her office outside of Charlotte, N.C. She said they mostly answer questions about how to use and then store sauces after opening (she says refrigerate them in an airtight container for up to two weeks). Once, someone asked her if they could stuff a turkey with cranberry sauce before cooking it.

“The answer was no,” she said.

And for those on dessert duty, help is just a phone call away.

For five years, Betty Crocker has offered an “Ask Betty” service through which users can submit kitchen questions online and receive expert responses within 48 hours. General Mills spokesperson Jamie Bastian wrote in an email to NPR that the company receives more than triple the number of inquiries between mid-November and Christmas than during the rest of the year.

Questions are usually about cooking and baking tips and substitutions, she said, and not necessarily related to Betty Crocker products or recipes.

“Around Thanksgiving we also see consumers ask panic questions about how to avoid lumpy gravy or how to prevent burnt edges on pumpkin pie,” Bastian wrote.

King Arthur Flour, based in Norwich, Vt., operates a Baker’s Hotline all year, staffed by over a dozen baker support specialists with varying areas of expertise.

According to Tara Mitchell, a customer experience supervisor who answered baking hotline calls for many years, the line averages 300 to 350 calls a day, and their LiveChat feature receives between 30 and 70 messages per day.

This time of year, she says, the overall call volume is between 10 and 12 calls an hour for each specialist, with conversation lengths averaging out to about three minutes.

Baker support specialist Maggie Perry said most questions fall into one of two categories: pies and dinner rolls. Some of her most memorable calls are from people looking to recreate a treasured recipe a family member used to make.

“Usually that person has passed on and so there’s nobody to ask, and those [conversations] can be really uplifting and powerful but also a little bit sad as well,” Perry said.

Sometimes questions have nothing to do with baked goods. That very morning, Perry said she had “chatted with a gentleman about meatloaf.” And Mitchell said they get so many people calling with turkey-related questions in the fall that they keep the Butterball Talk Line number posted on their desks for reference.

Perry has observed that hotline callers tend to be either older people who don’t use the Internet often or younger bakers in their 20s and 30s who are looking for help beyond a specific searchable question. She says the company talks a lot about reaching out to the next generation, and has a team dedicated to social media and digital engagement.

These help lines have expanded across platforms, giving cooks options beyond a single toll-free number. Company websites offer how-to videos and live chat, social media teams answer questions over Facebook and Twitter, and additional phone numbers make it possible to text with experts. Last year, Butterball added a callback feature that allows callers to leave their numbers with the operators rather than wait on hold.

Several of these services have also started providing hands-free help to users with an Amazon Alexa device.

The Betty Crocker skill for Alexa is voice-activated to answer cooking and baking questions, and as of recently, all of of Betty’s recipes can be displayed on Google Home and Alexa devices with screens, Bastian said. Butterball identified the top 20 questions consumers ask each year and had three turkey experts answer them and download them into the Alexa skill set, Johnson said.

“So not only are you going to get that information in your very own kitchen, but it could be Marge’s or Beth’s or Christopher’s voice delivering that information,” she said,excited about hearing her coworkers’ voices through the devices.

Johnson said she and her colleagues will be in the office from 6 a.m. to 6 p.m. ET on Thanksgiving, and if previous years are any indication, their voices will be a little bit hoarse by the end of the day.

“It’s kind of like a wedding, where you have all this prep throughout the whole year for this one big day,” she said.

The team will eat in shifts and have their own Thanksgiving lunch, which will consist of soup and pasta.

But there’s no need to worry that the Butterball experts aren’t getting enough turkey. They’ve had catered meals each day of the week leading up to Thursday, featuring the meat in dishes like sandwiches, soup, salad and chili. And after talking turkey all day every day, Johnson said, she’s decided to change things up a bit.