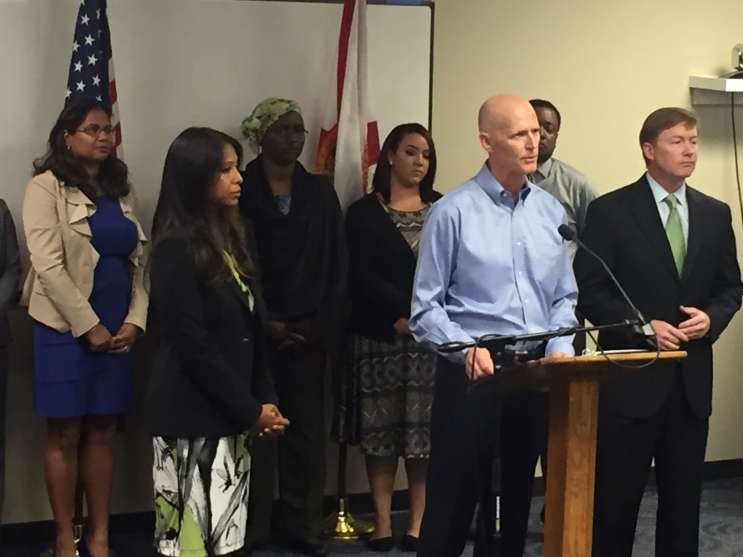 The U.S. Centers for Disease Control and Prevention is not adding Florida or Miami to its list of areas where pregnant women should avoid traveling.

These are the first cases of locally-acquired Zika virus in the continental U.S. The local transmission appears confined to the Wynwood neighborhood, a one-square-mile area north of Miami’s downtown.

“All the evidence we have seen indicates that this is mosquito-borne transmission that occurred several weeks ago in several blocks in Miami,” said Tom Frieden, director of the CDC, in a news release. “We continue to recommend that everyone in areas where Aedes aegypti mosquitoes are present— and especially pregnant women — take steps to avoid mosquito bites. We will continue to support Florida’s efforts to investigate and respond to Zika and will reassess the situation and our recommendations on a daily basis.”

Florida Governor Rick Scott confirmed Friday at the Orange County Department of Health that four cases of Zika virus in South Florida were caught from local mosquitoes. Scott said OneBlood, the state’s largest blood bank, will get more than $600,000 to test all blood collected in Florida for Zika.

“We’ll be working with the FDA and blood establishments in Miami-Dade and Broward counties to test each individual unit of blood collected,” Scott said. “Additionally, statewide, we will insure safe blood for pregnant women by screening units from county without Zika.”

Zika is a mild virus in adults, but can cause brain birth defects if caught in-utero. U.S. Senator Bill Nelson renewed calls for Congress to reconvene and pass a federal ZIka funding bill.