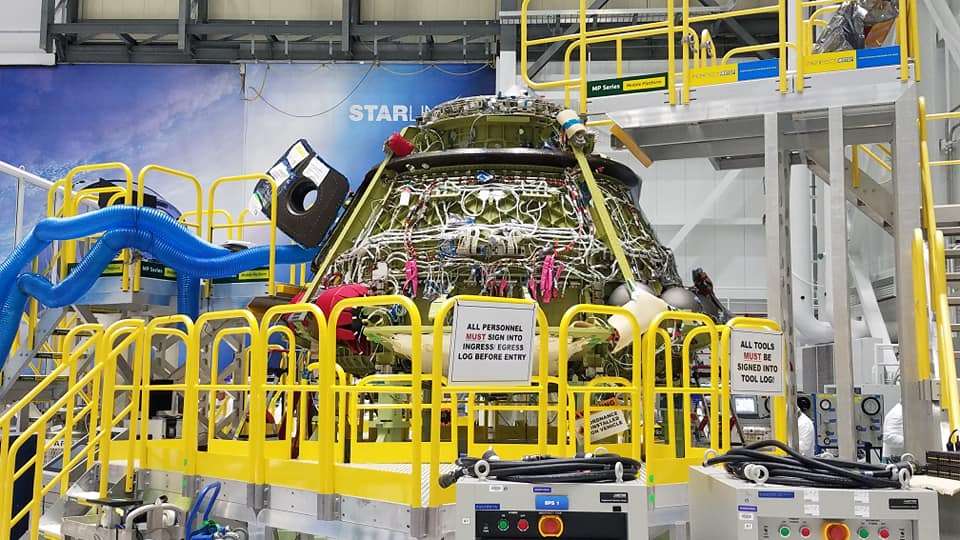 Some NASA astronauts got a chance to check out their new ride into space. Five Commercial Crew astronauts recently visited Boeing’s facility at the Kennedy Space Center.

Boeing is manufacturing the CST-100 Starliner at an former shuttle processing facility at Kennedy Space Center.  NASA is partnering with the private company, along with SpaceX, to taxi astronauts to the International Space Station.

“I can’t understate how important that is, really, to the entire county,” she told reporters in front of the Starliner that will take her into space next year. “It’s been seven years since we launched shuttle and I think it’s going to be good not only for our commercial companies and NASA, but really for all of America”

Boeing is targeting an uncrewed launch of the Starliner early next year, followed by a crewed mission shortly after.

Mann, along with astronauts Chris Ferguson, Suni Williams, Eric Boe and Josh Cassada worked with technicians at the facility and also toured the pad and tower where the Starliner will launch from.

Boeing took over the old shuttle processing facility about three years ago.

“I would drive down the transfer aisle around here and the parking lots were empty, tumbleweeds,” said Ferguson about the facility six months before Boeing moved into the building. “Now it’s a vibrant facility, the parking lot is full every day”

Since the shuttle retired, NASA relies on Russia for rides to the station. The Commercial Crew program cost $6.8 billion and includes one uncrewed mission and two crewed mission from each of the companies.