Commercial Crew Astronauts To Stay On Station Until August 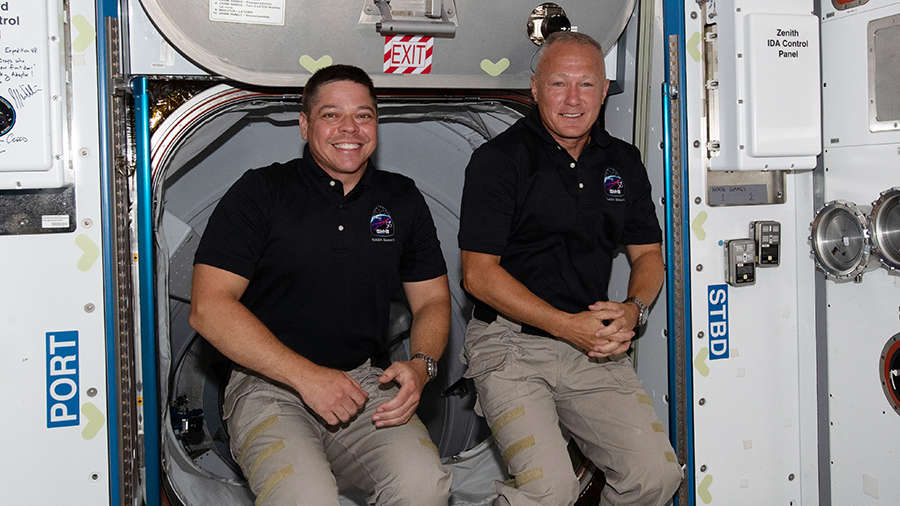 NASA says the two astronauts who launched from Kennedy Space Center last month will stay on the International Space Station until August.

A senior NASA official says the SpaceX Crew Dragon capsule attached to the station is performing well. That means astronauts Doug Hurley and Bob Behnken will remain on the station until about August before returning to Earth.

While there, NASA plans to have Behnken to perform a series of spacewalks to help upgrade the station’s power system.

The mission is a test of SpaceX’s new capsule. Its successful launch marked a return to human spaceflight from the U.S. and was the first crewed mission from Kennedy Space Center in nearly a decade. Because of scheduling and limited access to the ISS, NASA decided to extend Hurley and Behnken’s stay.

When they do return to Earth, Hurley and Behnken’s capsule will splash down in the Atlantic Ocean, off the coast of Florida. A recovery team will bring them back to KSC.

NASA and SpaceX are set to launch another crew, including one Japanese space agency astronaut, to the station no earlier than August 30.