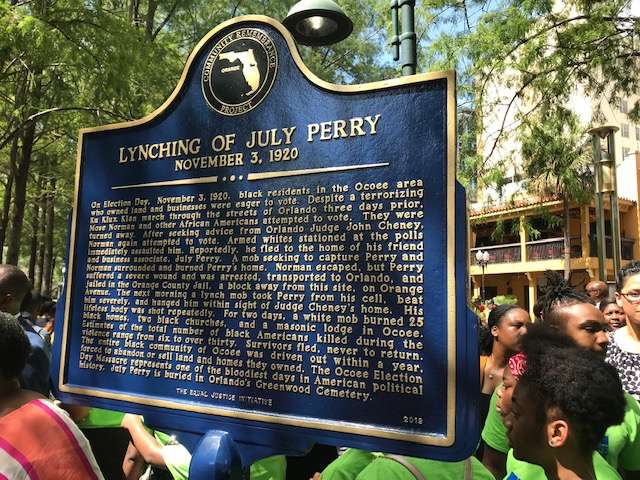 On Friday, an historic marker was unveiled outside the Orange County History Center in Orlando, commemorating July Perry.

Perry was lynched during the Ocoee massacre in November 1920, a wave of violence in which up to 30 black residents of Ocoee were killed and the town was burned by a white mob.

The marker is a reminder of the horror of what happened in Ocoee and the decades of racial terror that gripped the South. So what does this commemoration say about how far this community has come, and how much work there is left to do in the path to racial equality?

Joining Intersection for a discussion about what it means to this legacy of racial violence in Central Florida are Charley Williams, task force member with the truth and justice project of Orange County; Rachel Allen, director of the peace and justice institute at Valencia College; and Will Jefferson, community manager with the Peace and Justice institute.