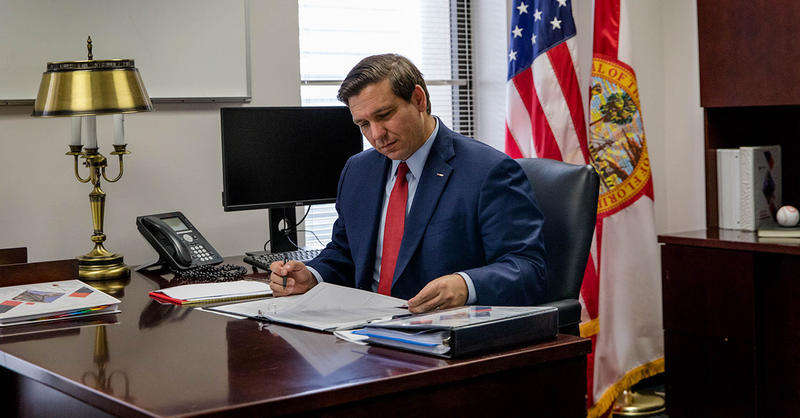 He made the announcement Wednesday in Central Florida.

Construction is scheduled to begin by the end of the year. Currently three turnpike service plazas offer charging stations, including Turkey Lake in Central Florida.

“The goal is as you see what we’re doing on the turnpike, now we want to be able to have similar fast-charging stations across all of Florida’s major highways.”

The proposal is part of a $166 million plan for improving air quality, under a settlement in the Volkswagen emissions scandal. A public comment period on the state plan now is underway.

DeSantis also says he expects state action in response to a Florida guardian accused of filing “do not resuscitate” on behalf of clients without their consent.

“I think that there’s going to be action taken whether it’s administratively or legislatively or a combination because I think something needs to be done.”

One of guardian Rebecca Fierle’s wards died in a Tampa hospital after staff withheld life-saving procedures under a “do not resuscitate” order filed against his wishes.

Under Florida law a judge can appoint guardians for minors and adults with mental or physical disabilities, allowing the guardians to make financial and medical decisions.