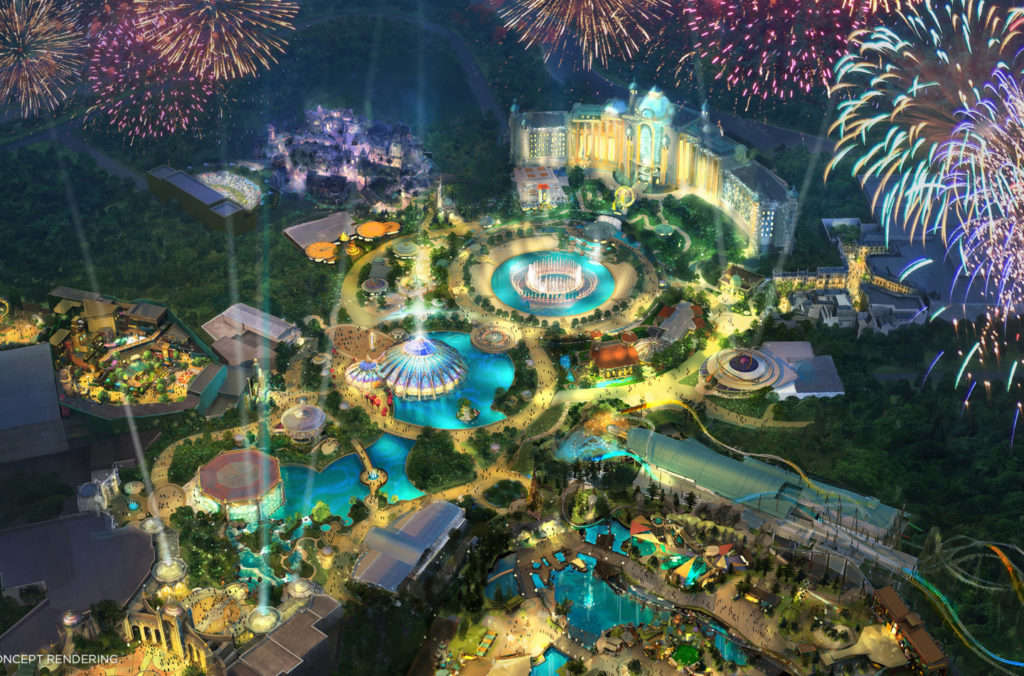 Universal announced today it will resume construction on its Epic Universe theme park at Universal Orlando Resort. The project is expected to bring hundreds of jobs to Orlando.

Construction is expected to resume immediately on Epic Universe but it could take several months before the project is fully restaffed.

“We had paused that during COVID until we felt confident enough that there was a road that we could see to a resumption of a great business. And we feel that way.”

Roberts says the new Jurassic World VelociCoaster will also open in 2021 in Orlando.

And he says there are plans to bring elements of the Super Nintendo World theme park which will open in Japan this year to the US parks.

“And so as we look to that next ten years, it’s hard not to see an exciting road map ahead for the parks business.”

In a written statement, Orange County Mayor Jerry Demings said, “The resumption of the Epic Universe project couldn’t come at a better time.”

“Our community has so many talented workers who will benefit from this massive project. I am confident it will deliver a huge economic boost to Orange County.”

👍🏾 Great news at a great time. Our community has so many talented workers who will benefit from this massive project. https://t.co/a0i4UgGC96