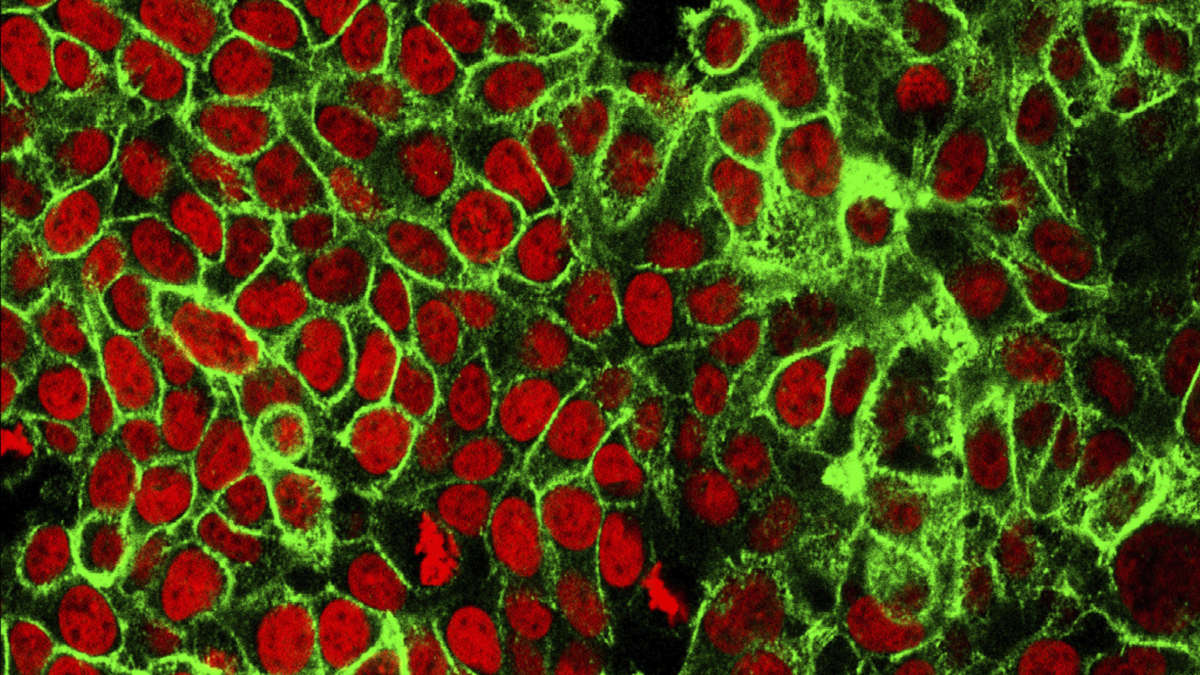 This microscope image from the National Cancer Institute Center for Cancer Research shows human colon cancer cells with the nuclei stained red. Americans should start getting screened for colon cancer at age 45, according to new guidelines from the U.S. Preventive Services Task Force.

Routine screening for colorectal cancer should begin at age 45 instead of 50, an influential panel is recommending.

Starting routine screening five years earlier could prevent more deaths from colorectal cancer, which is the third-leading cause of cancer deaths in the United States, the U.S. Preventive Services Task Force concluded.

Colorectal cancer is projected to kill nearly 53,000 people in the United States in 2021, the task force said.

The new recommendation, published Tuesday in the journal JAMA, finalizes a change that the task force proposed in October. The recommendation is in line with the advice of the American Cancer Society and other groups.

“Based on the evidence, there are many tests available that can effectively screen for colorectal cancer, and the right test is the one that gets done,” Martha Kubik, another task force member, said in a statement.

“To encourage screening and help patients select the best test for them, we urge primary care clinicians to talk about the pros and cons of the various recommended options with their patients,” she said.

The task force is an independent, volunteer panel of national experts in prevention and evidence-based medicine. Tests recommended by the panel are typically covered by insurance. By lowering the recommended age for screening, the task force decision will mean more people will have access to the tests.