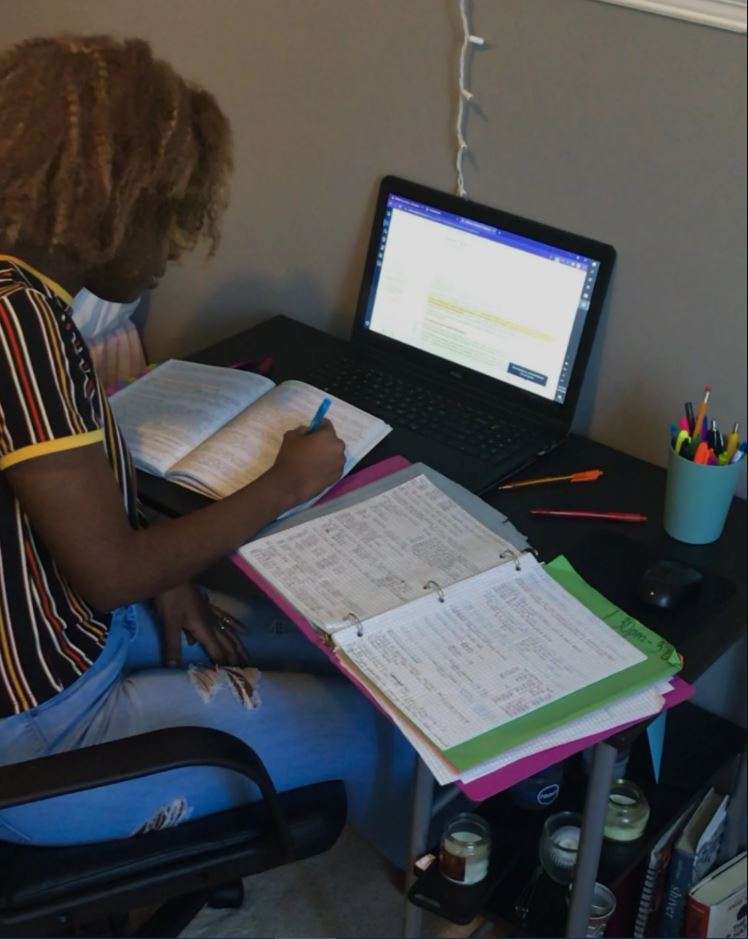 Some college students enjoy the convenience of remote learning while others say it’s not ideal.

South Florida college campuses look emptier this fall as remote learning becomes the new norm for many students due to the coronavirus pandemic.

This method of education has advantages and disadvantages, and it’s not a one-size-fits-all approach. Determining the effectiveness of virtual learning depends on the student, their major, their schedule and their learning style.

“I love every single part of [remote learning], and I haven’t had any issues at all,” said Kai’Chien Chisholm, a senior broadcast student at Florida International University.

He’s relieved to have all virtual courses because he feels less at-risk of contracting COVID-19 and spreading it to his family. He’s also noticed his professors are more likely to dismiss the class earlier compared to his former in-person courses.

He prefers this method because he attends his online classes while he’s at work.

“My boss lets me have that little two-hour period if it gets to that point,” Chisholm said. “So I can just leave from where I’m at [and] go back to doing my job.”

Kaylah McKinney is a senior music student at Palm Beach Atlantic University. Like Chisholm, she views virtual learning as a way to take her classes on-the-go.

“The other day I was in class at the dentist office, and … I was able to get so many things done at the same time,” McKinney said.

The convenience of remote learning also saves her time. McKinney said if she had decided to commute to school, she’d have to wake up at 6 a.m. to catch a train from Miami to West Palm Beach.

On the other hand, McKinney recognizes the flaws of distance education. She says she feels disconnected from her professors and peers who attend classes in person.

“There’s probably a joke that was said and I’m going to fake laugh because everyone else is laughing, but I really didn’t [hear] the joke,” McKinney said.

Aside from missing jokes, sometimes she misses important points or details.

“If I don’t hear what [the professor] says, I kind of can gauge what is going on from what students ask,” McKinney said. “Their questions kind of help bring me back into whatever is being discussed.”

Jasmin McIver has also felt lost during remote learning. She’s a junior accounting student at Nova Southeastern University, taking online classes to save money and reduce her risk of catching COVID-19. However, her preferred method of learning conflicts with her remote classes.

“Nothing is hands-on, and that’s how I learn,” McIver said. “It’s kind of tough for me now to try to learn the material as well as I would’ve learned it in a physical environment.”

McIver says online learning has made her less motivated compared to previous semesters, especially because her daily routine looks a little different now.

“I woke up earlier just to go to campus just to go to the library because it was very quiet in the morning,” McIver said. “Now, essentially my room is my library … I’m just here trying to get everything together.”

McIver lives with five younger siblings who are also learning from home. They’re struggling to adapt to virtual education, too. McIver says they can be noisy at times, and she can’t focus as much as she’d want to.

If a vaccine is developed by the spring semester, McIver hopes she can return to in-person classes. But for now, she has to stick with what she’s got.

“I’m just in the same place that I started,” McIver said. “Being at home, but taking college courses. It sucks, but it’s the reality.”