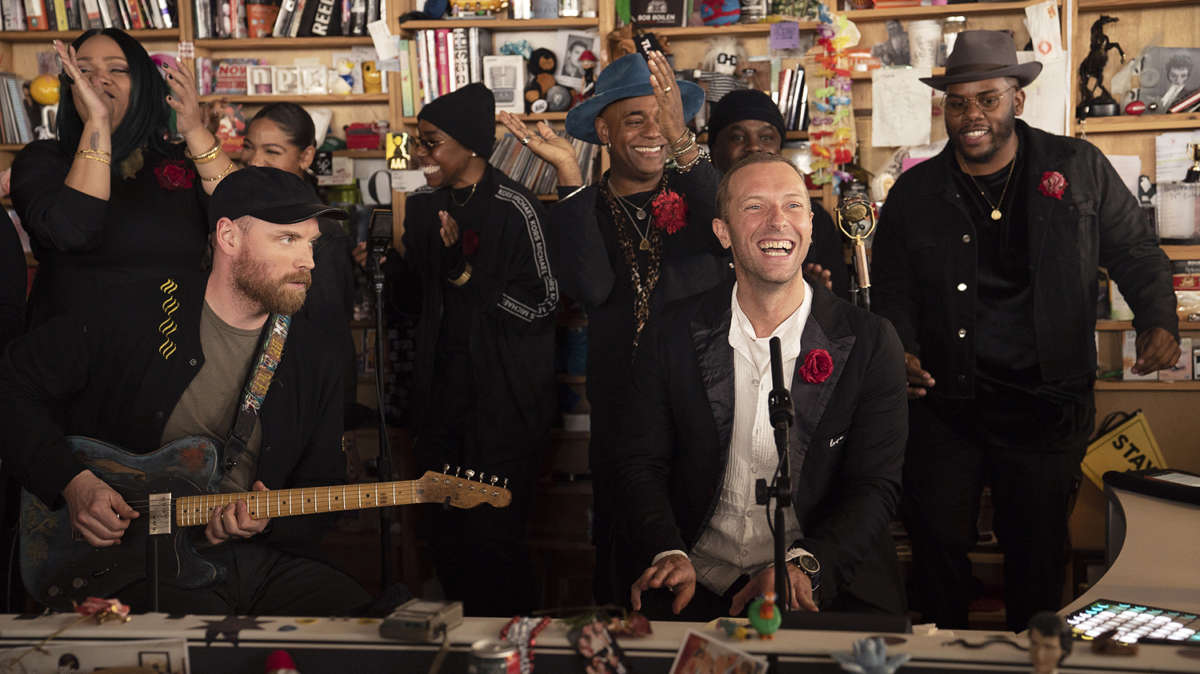 Shortly into Coldplay‘s soundcheck, singer Chris Martin cut off the opening song, “Cry Cry Cry,” right in the middle. His band had brought along a nine-piece choir, and he asked them to take “Cry Cry Cry” one more time. When one of the singers asked if there was a problem, Martin replied, “No, I’m just in f****** heaven right now!”

That feeling was obvious throughout the performance. Watching Martin at the keys, with the For Love Choir behind him and Coldplay guitarist Jonny Buckland at his side, you’d be forgiven for thinking it was the happiest day of his life. Laughing, bouncing to the music and playing off the crowd, Martin and company gave one of the most jubilant, uplifting and memorable performances we’ve ever had at the Tiny Desk.

Watching their gospel-infused take on “Viva La Vida,” it was hard not to beam with joy; hearing their stirring cover of Prince’s “1999” brought on a mass urge to leap up and dance. The entire set was a perfectly executed showcase of the band’s creative spirit and love of community through music.

“Viva La Vida” was the only older track Coldplay performed, in addition to the surprise Prince cover. (The band had just performed at a Prince tribute show in January.) The other three songs — “Cry Cry Cry,” “Broken” and “Champion of the World” — are all from the band’s stellar new album, Everyday Life, which was recorded with some of the singers on hand for the Tiny Desk. Martin joked that, “In a very real way, they’ve Photoshopped our songs to be much better than they actually are.” Whether or not that’s true, for at least this one sunny afternoon at the NPR Music offices, the choir — and Coldplay’s inspired reworking of its own music — felt transcendent.