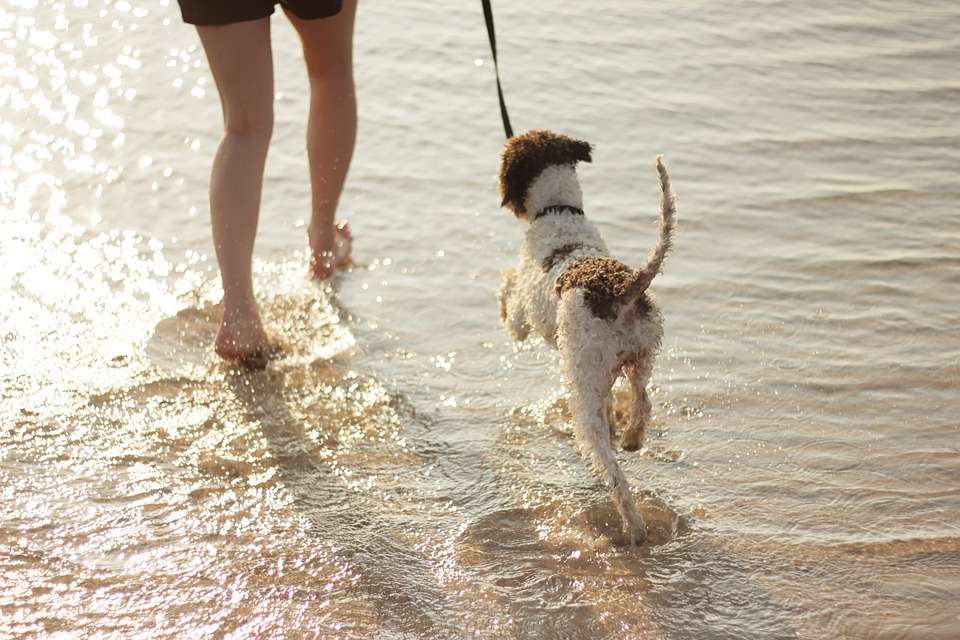 Dogs are allowed on certain beaches before 10 a.m. and after 5 p.m. Photo courtesy of Max Pixel.

Beachgoers can now bring their furry friends to Cocoa Beach.

The city’s temporary ordinance allows leashed dogs on beaches from 4th Street South to the north side of Murkshe Park, from 6 to 10 a.m. and 5 to 7 p.m. The city is testing out the dog-friendly policy for the next six months before they decide whether to keep it permanently.

“I’ve actually gotten a lot of positive feedback on social media,” Martinez said. “As I was walking the beach yesterday, a lot of long-time residents came up to me and were thankful, and I saw a lot of people walking their dogs.”

The city asks pet owners to clean up after their dogs and to keep them within designated areas, away from sand dunes and sea turtle nests. Violators face a $250 fine.